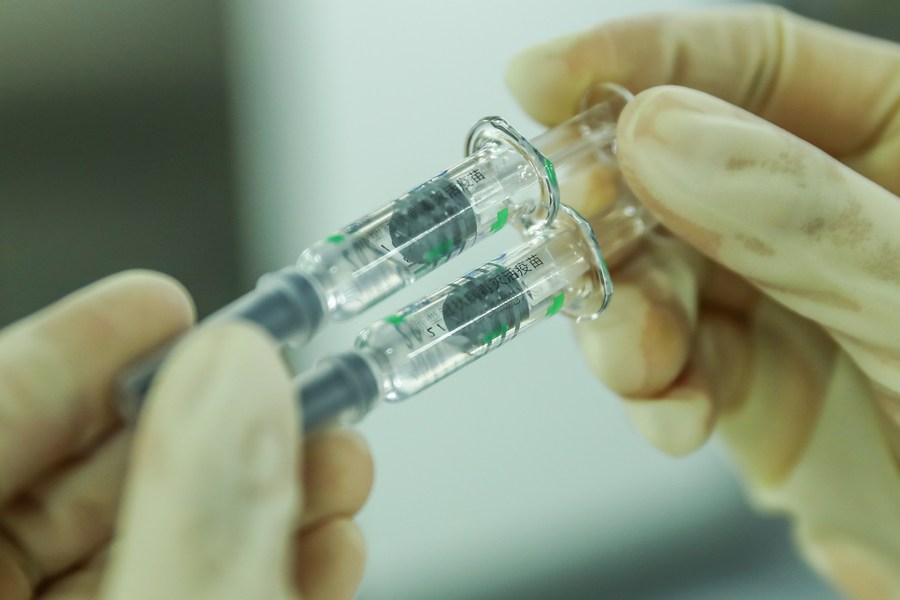 ISLAMABAD, Dec. 31 (Xinhua) -- Pakistan has decided to procure vaccine from China's state owned company Sinopharm because of its effectiveness and safety to fight against the COVID-19 virus, the country's federal minister for science and technology said on Thursday.

The availability of the vaccine and its cost effectiveness as compared to available vaccines from other countries are also the main factors for Pakistan to pre-book it, Minister Chaudhry Fawad Hussain told Xinhua through a telephone interview.

"We were checking vaccines from different countries before taking the final decision of pre-booking. Like other companies, Sinopharm also shared its data with Pakistan, and we chose it after finding it effective on the virus, and safe on human health," he said.

Hussain, who is one of the five members of a Special Cabinet Committee, formed by the Pakistani government to act as an oversight body for procurement of the COVID-19 vaccine, said the decision to procure Chinese vaccine was made in a meeting of the committee on Wednesday, adding that they are in talks with the Chinese company to get the vaccine in the soonest possible way.

In the first stage, 1.2 million doses of the vaccine will be procured and administered free of cost to frontline medical staff in and after the first quarter of 2021, the official said, adding that the private sector will also be encouraged to get the vaccine and administer it to the people.

"Pakistan is also part of phase 3 trial of Chinese CanSino Biologics' COVID-19 vaccine, and it is proving very effective on volunteers, we will also get that vaccine in the next phase when its marketing starts after the trials," he said.

He noted that the vaccine is suitable to be stored, transported and administered in Pakistani temperature and environment, and its successful administration on a large population of Pakistan will also set an example for other countries to follow the suit.

"Pakistan and China share a strong bond of friendship, which is also a factor of procurement of the vaccine from China, but the primary reason of the decision is the good quality of the vaccine offered by the Chinese company," the official said.

The government has allocated 150 million U.S. dollars for vaccine procurement and will administer it to the public in phases with health workers getting it first followed by people over 65 years of age in the second phase, and the rest of the public in the third phase, according to the country's Health Ministry.