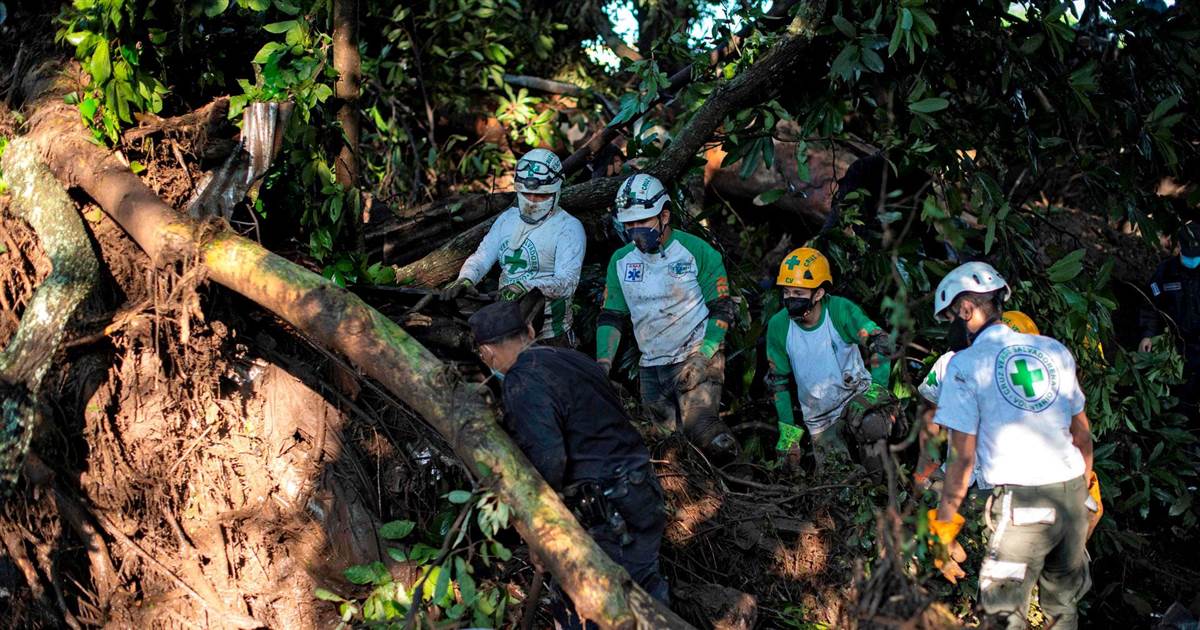 TEGUCIGALPA, Oct. 30 (Xinhua) -- At least six people died and more than 30 are missing after a landslide on Thursday night that occurred in the municipality of Nejapa in the department of San Salvador, El Salvador, local civil protection authorities reported on Friday.

The Office of the President of El Salvador released a statement that said, according to the National Civil Protection System, the landslide was caused by heavy rains in the area near the San Salvador volcano, and it "affected at least 50 homes and, unfortunately, it caused fatalities."

"The figures are preliminary, because the teams are working in the area," said the statement.

Mario Duran, the interior minister and president of the National Civil Protection Commission, said in the report that "at the moment we have recovered 6 bodies", adding that around "300 people are working on rescue efforts."

"The Minister of the Interior, Mario Duran, the Minister of National Defense, Rene Merino Monroy, and the Director of Civil Protection, Willian Hernandez, arrived in the area to coordinate the search and rescue affected people," the statement said.

Roads surrounding the area have been closed while heavy machinery clears away the debris and removes large rocks.

Members of the armed forces, firefighters, and first responders are continuing to remove debris and are using rescue dogs to search for missing people.