The small Pacific island nation of Samoa has closed schools and is restricting travel ahead of the Christmas holiday season as the death toll from a measles outbreak tops 50, in the latest flare-up of a global epidemic of the virus. 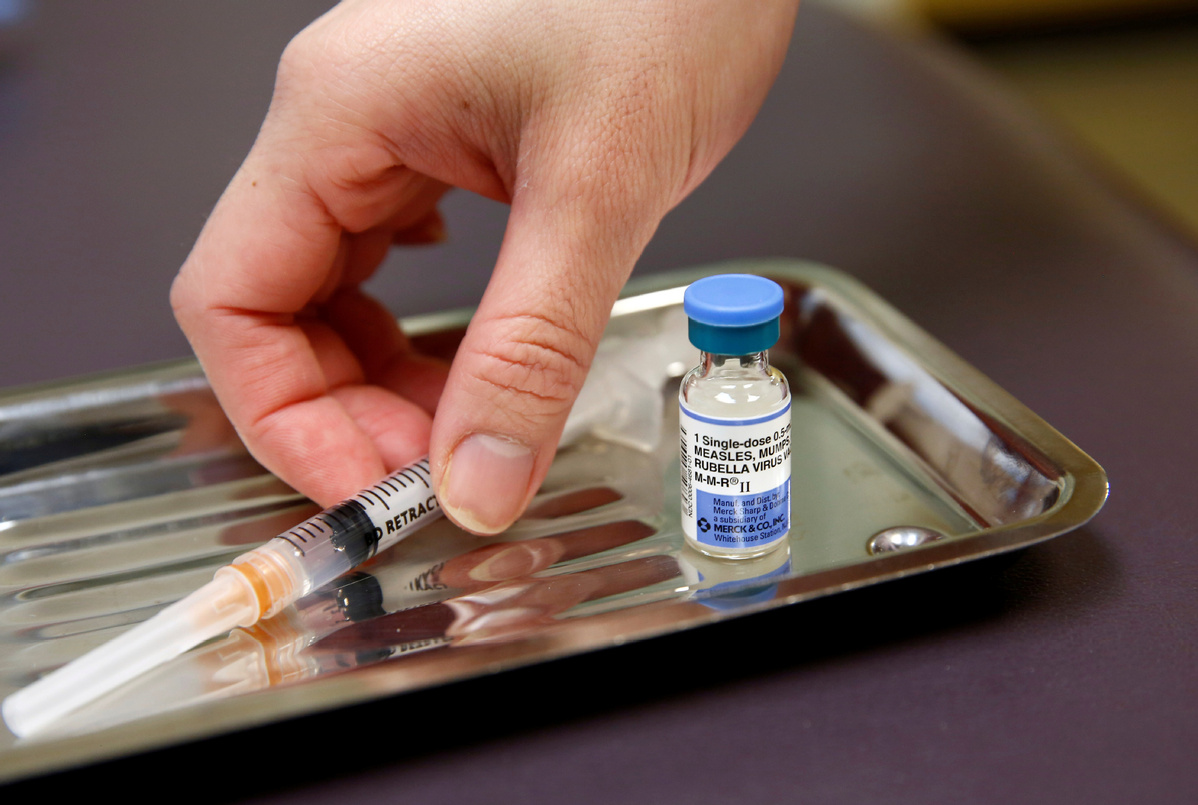 A vial of the measles, mumps, and rubella virus (MMR) vaccine. (Photo: Agencies)

The highly infectious disease has been crossing the globe, recently finding a susceptible population in Samoa, where vaccine coverage was only about 31 percent when measles took hold, according to the World Health Organization (WHO).

In just over two weeks, the official death toll has jumped more than ten-fold to 53 on Monday, the Samoan government said.

There are now more than 3,700 cases of measles recorded in the islands' deeply religious population of around 200,000.

"All our schools are closed, national exams have been postponed," Reverend Vavatau Taufao, general secretary of the Congregation Christian Church in Samoa, said.

"We are still having church services but if it gets worse we will have to stop church altogether - and it's almost Christmas."

The vast majority of deaths were of children, with 48 out of the 53 aged four or under dying from the disease, according to a government update.

Measles cases are rising worldwide, even in wealthy nations such as Germany and the United States, as parents shun immunisation for philosophical or religious reasons, or fears, debunked by doctors, that such vaccines could cause autism.

WHO warned in October of a devastating comeback in measles epidemics as the number of reported cases rose by 300 percent in the first three months of this year.

Reported measles cases are the highest they have been in any year since 2006, WHO said.

After causing devastation in the Democratic Republic of the Congo, Madagascar and Ukraine, among others, measles cases started appearing en masse earlier this year in the New Zealand city of Auckland, a hub for travel to and from small Pacific islands.

Dr Helen Petousis-Harris, a vaccinologist at the University of Auckland, said there were pockets of the community where immunisation rates had slipped, allowing the disease to take hold.

"It's about being a good global citizen really, in that we all have to do our bit," said Petousis-Harris.

"I don't think that the response here has been a shining example. Because first of all we were aware of the possibility or the potential for this and that’s been the case for a long time."

The country's immunisation programme was also temporarily suspended. The deaths were later found to have been caused by medications that were wrongly mixed.

Samoa has been racing to administer vaccines to children since declaring a state of emergency on Nov 20 and has vaccinated 58,150 people so far, the government said on Monday.

Infection rates and deaths are still, however, climbing quickly with five fatalities in the past 24 hours, according to government data, prompting emergency restrictions on public gatherings and travel leading up to Christmas.

New Zealand Prime Minister Jacinda Ardern told reporters they were sending additional vaccines and dozens of medical professionals to Samoa to help with the outbreak.

The government in Tonga attributed a recent outbreak of measles in the small Pacific island community to a squad of rugby players returning from New Zealand, although higher vaccination rates in Tonga - and in neighbouring Fiji - have helped stem the outbreak.