Samoa's measles death toll rises to 65 amid state of emergency 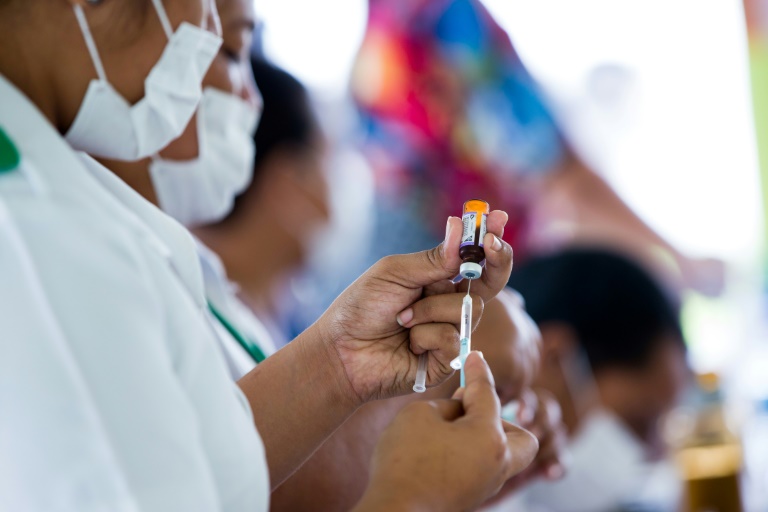 SUVA, Dec. 7 (Xinhua) -- The Samoan government confirmed on Saturday two more deaths in the island nation's measles epidemic, bringing the death toll to 65 since the outbreak started in mid-October.

According to a statement on Saturday, the Samoan Ministry of Health said that of the 65 deaths, 57 deaths were children aged under four, with two fatalities reported in the last 24 hours.

The ministry said a total of 4,460 measles cases have been recorded to the Disease Surveillance Team so far, with 103 cases reported in the last 24 hours.

Currently, a total of 165 people are hospitalized with measles in the island nation.

Samoa is in a state of emergency, with all schools closed, a mass vaccination campaign underway and public gatherings restricted.

On Thursday and Friday, Samoa closed most of the public service and government services in order to allow all public servants to assist with the mass vaccination campaign throughout the island nation.

As of Dec. 6, about 89 percent of all eligible people in Samoa have been vaccinated against measles.

Measles is a highly contagious viral disease that is transmitted via droplets from the nose, mouth or throat of infected persons. Death may occur in up to 5-10 percent of infected young children in developing countries.