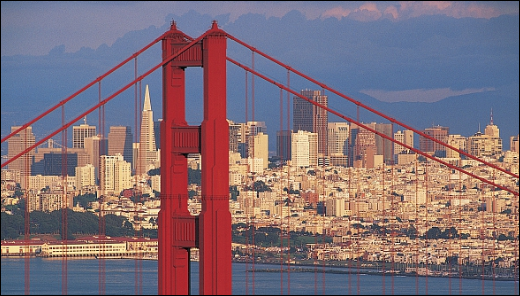 A new poll found that 46 percent of respondents agreed that they are likely to move out of the San Francisco Bay Area within the next few years.

The Bay Area Council conducted the survey from a random sample of registered voters.

The main factors for people wanting to leave were the cost of housing and traffic.

Peter Leroe-Muñoz, vice president of Tech and Innovation at the Silicon Valley Leadership Group, says the two problems are linked.

"Traffic is right at the top of that list. The second is housing affordability," said Leroe-Muñoz.

"Young professionals who work here who make great money oftentimes find that we have a lack of housing that’s available to them. As such, even there high salaries they are not able to find a place that’s near where they work. So they live further and further away from where they are employed. The result of that is that contributes to more traffic," Leroe-Muñoz indicated.

The number of people likely to leave – 46 percent – is steadily on the rise. The same survey last year found that 40 percent of respondents said they’d be leaving the area within a few years. And two years ago, the figure was 34 percent.

So where is everyone going?

The poll found that 24 percent of the respondents planned to relocate within California. The top destination in the state, with five percent, was Sacramento.

A number of startups have recently moved out of Silicon Valley to Sacramento, which is about a two-hour drive away.

Last year, he moved the startup to Sacramento due to its burgeoning tech scene and for what he could get.

"Ultimately, it came down to the cost of living. It was getting really congested. It was hard to get around really, even with some of the public transportation," said Dombrowski.

"There’s a lot of people there now. And evaluating the life that I want and seeing what happens with the company, seeing the opportunity that I could still get everything I wanted to get done in life accomplished, and still be connected to the Bay Area, and that’s really what drew me to Sacramento," Dombrowski added.

Sixty-one percent of the respondents said they would look to move out of California. The top destinations were Texas at 10 percent, Oregon 9 percent, Nevada 8 percent and Arizona 7 percent.

Another telling sign of the current mood came in the responses to the question: “Do you feel things in the Bay Area are going in the right direction or do you feel things have gotten pretty seriously off on the wrong track?

Fifty-five percent of the respondents answered “Wrong Track.”  That’s quite a leap from last year when only 42 percent gave that same answer.

Another interesting number from the poll showed that incomes may not be keeping up with rising costs.

One of the questions was “What was your total household income before taxes for 2017?”

Twenty-six percent indicated they made more than 150,000 US dollars. However, that percentage stayed exactly the same as it was the previous year.

But just two years ago, the number of people making that figure was only 16 percent.