When Tilly Tsang's restaurant reopened after remodeling in San Francisco's Chinatown almost a year ago, her daughter and son took it over. 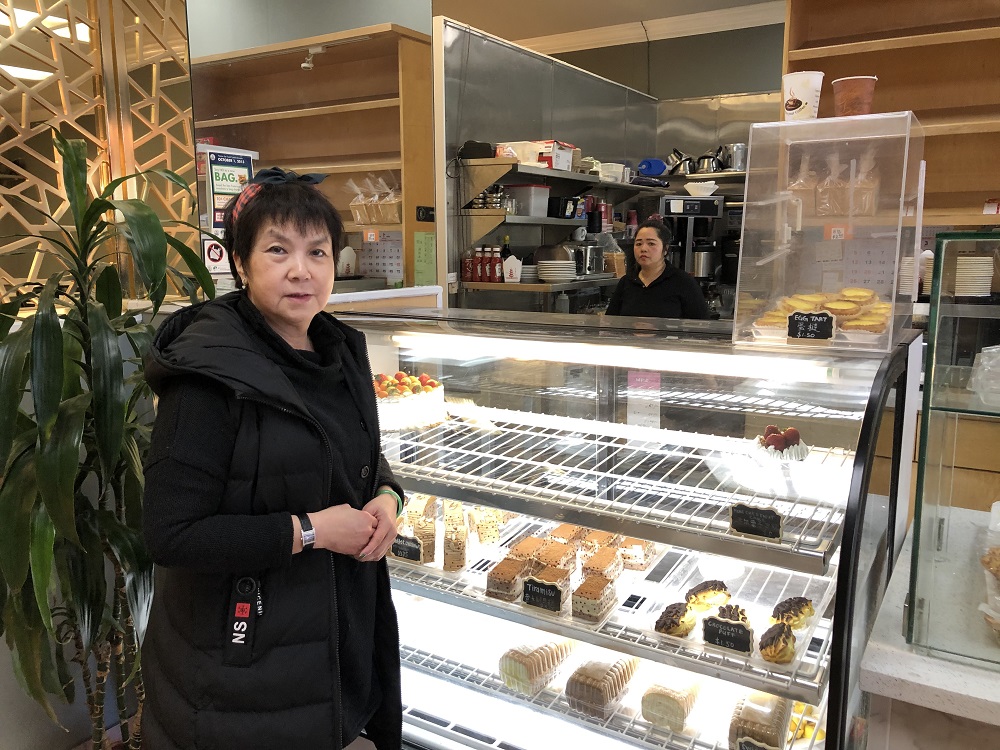 She still vividly remembers that local elected officials and reporters came to celebrate the long-standing diner being passed on to the next generation.

But a month ago, Tsang's son left the restaurant, going back to his old job as a hotel chef. The daughter still manages the restaurant but has a second job as an accountant.

"They have their own lives. As for the restaurant, I'll just wait and see," said Tsang. When the day comes that the daughter decides to leave, the restaurant will close, said the 69-year-old woman.

Tsang migrated to the United States from Hong Kong in 1969. Twenty-four years ago, she purchased the site on Washington Street, which was then a dilapidated grocery store. She remodeled it and opened the Washington Bakery and Restaurant in 1995.

"At that time, Chinatown was much busier than now. People were hardworking and it was easier to find good help," said Tsang.

Young people don't want to live in Chinatown because of the aging buildings and infrastructure, and fewer customers come here because it's difficult to find parking space, she said.

Within two blocks on Grant Avenue, one of the oldest streets in the nation's oldest Chinatowns, more than 10 sites which used to be restaurants or gift shops are vacant.

Throughout the Bay Area, many longtime Chinese restaurants fear the same fate.

On Castro Street in Mountain View, Janto Yang, now in his 70s, has run the Hong Kong Bakery and Cafe for several decades. He works 11.5 hours every day except Monday. To keep expenses low, he hires only a part-time assistant for the morning hours.

Quite a few Chinese businesses on the street have relocated or closed, including another longtime restaurant, Chef Zhao Bistro. They have been replaced by modern bars and restaurants.

Yang said he would close the business if running costs increase. Four of his children are technical and financial professionals in Silicon Valley and none of them want take it over.

Yang is not alone with his children choosing professional careers instead of continuing the family restaurant business.

"The younger generation doesn't want to stay in the restaurant business, which is demanding, with long hours, low income, and low prestige," said Gordon H. Chang, a professor of American history and Olive H. Palmer, a professor of humanities at Stanford University.

And the fallout is that more family-run Chinese restaurants in the US are closing, The New York Times reported last month.

"Chinese immigrants opened restaurants to make a living, especially when the Chinese had very limited employment opportunities because of racial prejudice," Yong Chen, a professor of history at the University of California, Irvine said.

And Chinese Americans successfully turned Chinese food from a despised cuisine into the most popular ethnic cuisine in the US. The rise of Chinese food is a classic American story of immigrant entrepreneurship and perseverance, said Chen in his book Chop Suey, USA.

But restaurant work is very demanding, and it's hard for first-generation owners to have a normal life, so even owners of famous restaurants face such challenges as long as these are family operations, Chen said.

Another local legacy Chinese restaurant, Su Hong, which had served generations of families in Palo Alto and Menlo Park since the 1970s, has recently closed after the owner decided to retire.

David King, in his late 70s, said his retirement plan was expedited by familiar restaurant pressures, including increasing costs and labor shortages. He has sold the property. A five-story hotel is proposed to replace the restaurant.

Chang also wonders if the restaurants are closing because they aren't doing a good enough job.

"I've been to many Chinese restaurants that have poor English language menus, poor sanitation and poor-quality food. Chinese food has a reputation among some that is not positive; it is thought to be heavy, greasy, too salty and oily," said Chang. "Thai, Japanese, and Vietnamese restaurants are more appealing to many."

"So, recent Chinese immigrants might take more time to understand the US market and tastes, just as Chinese American immigrants did in the past," he said.