San Francisco may charge visitors for driving down landmark street

SAN FRANCISCO, Sept. 6 (Xinhua) - San Francisco may soon force tourists to pay for their drive down crooked Lombard Street, a tourist landmark in the city's north. 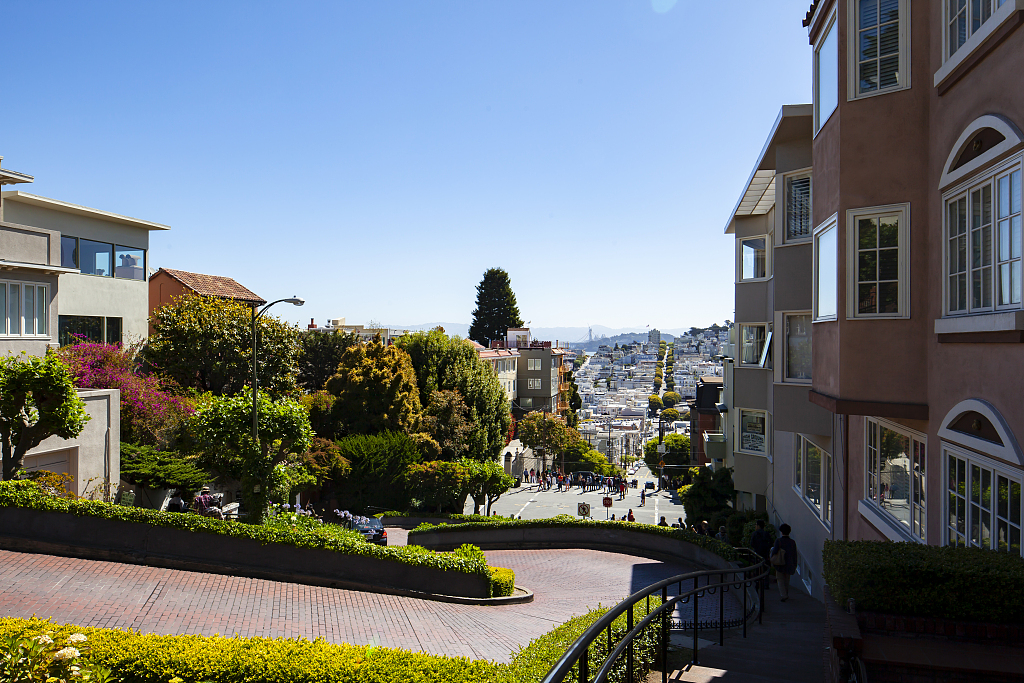 The bill by Assemblymember Phil Ting from San Francisco has cleared the State Assembly, which grants San Francisco the power to launch a pilot program to install a Reservation and Pricing System for the 183-meter-long street with eight sharp hairpin turns.

The bill is heading to California Governor Gavin Newsom for signing. If approved, it will become law and take effect on Jan. 1, 2020.

"Goal is to ease traffic & improve public safety," Ting tweeted after the bill was passed by the assembly.

"It has become increasingly difficult to manage the crowds and traffic congestion on Lombard Street," he said.

The San Francisco County Transportation Authority has recommended five US dollars per car on weekdays and 10 dollars on weekends and holidays.

Surrounded by Russian Hill mansions and manicured landscaping and flowers, the scenic crooked street gives tourists a view from the top looking out onto San Francisco Bay, Bay Bridge and Coit Tower built in the 1930s.

The popular tourist site draws up to 17,000 visitors every day on busy summer weekends, and more than two million people visit the street each year, frustrating local residents who have long complained about security concerns and traffic congestion, according to Ting's office.