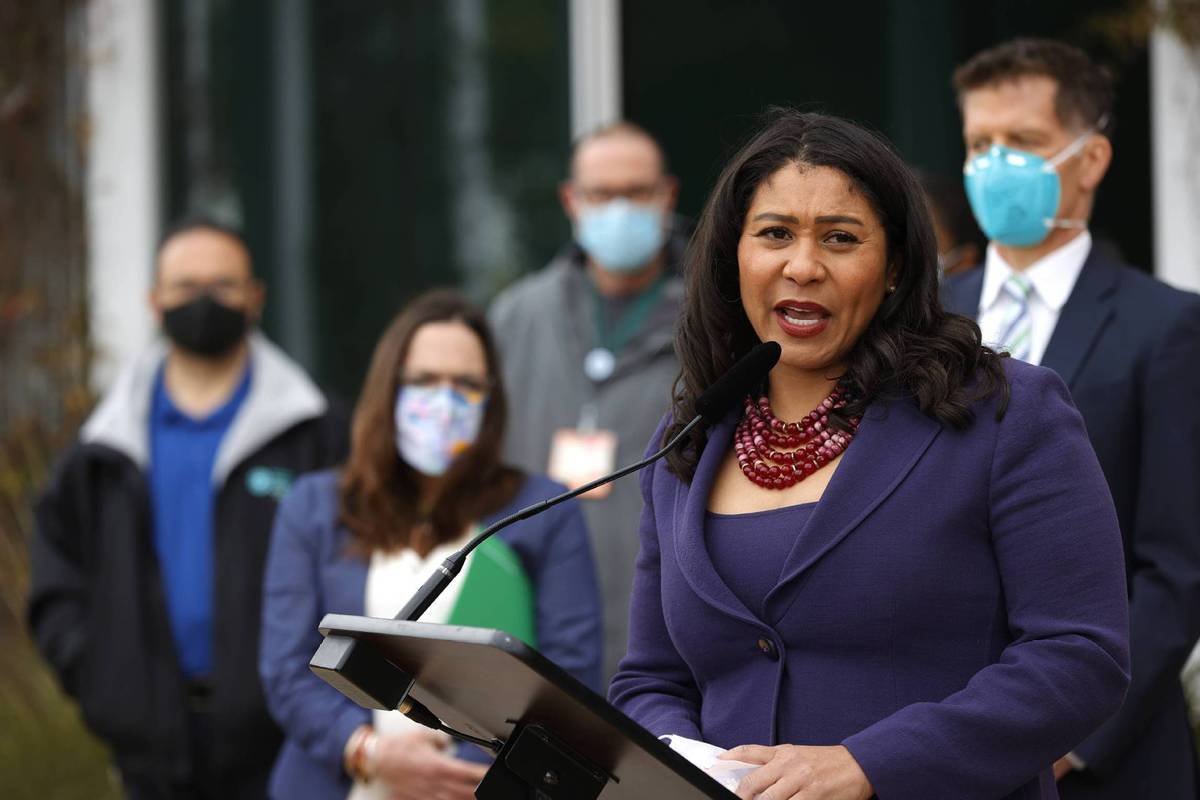 San Francisco Mayor London Breed speaks during a news conference outside of Zuckerberg San Francisco General Hospital with essential workers to mark the one year anniversary of the COVID-19 lockdown on March 17, 2021 in San Francisco, California. San Francisco has some of the lowest number of coronavirus cases and death rates in the country with only 422 deaths in a city with a population near 900,000. (Photo: Agencies)

The first effort is an expanded community safety teams program that will provide outreach, support, and engagement in key neighborhood corridors throughout the city. The second is the extension of a program to accompany seniors to medical and personal appointments, the announcement said.

This effort will be accomplished through an expansion of the Street Violence Intervention Program (SVIP) and partnership with community organizations rooted in San Francisco's API communities.

The collaboration between SVIP and API community-based organizations will ensure these teams are culturally-competent and can collectively advance the work of building racial solidarity while also increasing public safety.

"San Francisco, like many areas around California and the country, has seen unacceptable violence targeting out Asian and Pacific Islander residents," said Breed.

"In an effort to create a meaningful and sustainable response to protect our residents we're providing a proactive, culturally competent, community-based response. Our goal with these two programs is to build trust among our diverse communities and increase public safety for everyone in San Francisco," she added.

The city is working to create the teams as quickly as possible and expects that the teams will be in the neighborhood corridors no later than the beginning of summer, according to the announcement.

The city is also investing in continuing a senior escort program, which provides individuals to accompany seniors to medical and personal appointments, such as going to the bank, grocery store, or doctor's office.

This program provides seniors with the added security of having a companion when walking around or taking transit. This program is currently focused in China Town, and the city will work with senior service centers and providers in other communities to assess interest in expanding to other areas of the city.

The announcement builds upon two recent initiatives that Breed announced to prevent repeat offenses and gun violence in the city.