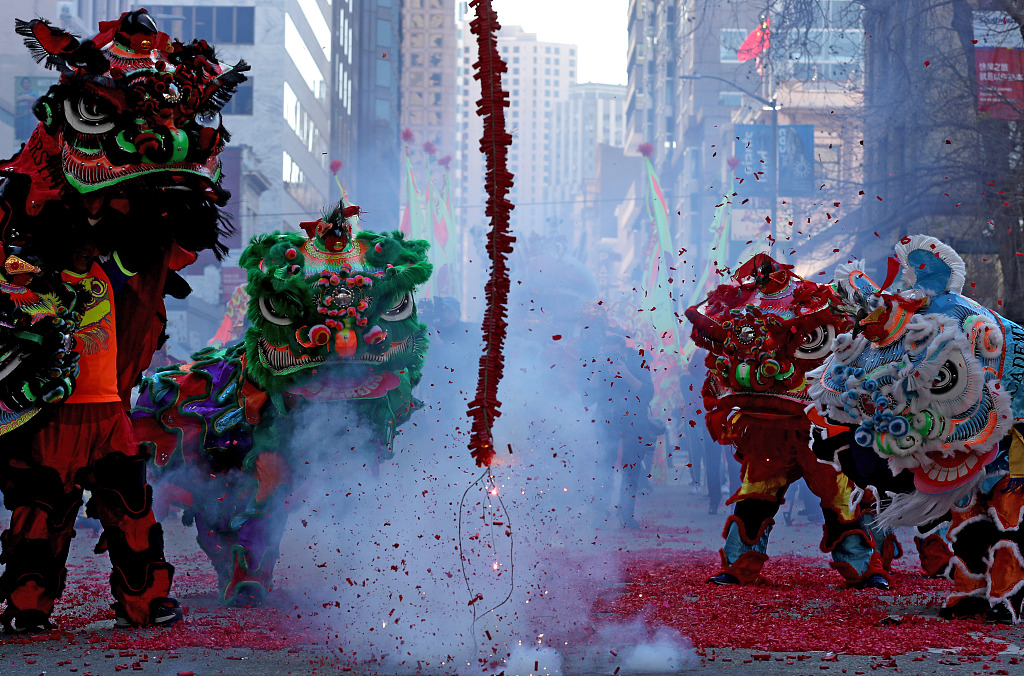 Lion dancers dance around firecrackers as they explode in the street while ushering in Chinese New Year on February 05, 2019 in San Francisco, California. (Photo: VCG)

Speaking in both Cantonese and English, Breed extended her warm greetings to a large cheering crowd of overseas Chinese and their American friends for the Chinese Lunar New Year of the Pig, which falls on Tuesday.

"Happy New Year and wish you all good health and wealth," Breed said in Cantonese.

Breed commended the diversified Chinese heritage and culture that enriched the communities in San Francisco, and the important contributions of the Chinese community to the United States.

"I am so excited to be the mayor of such an incredible city where we celebrate our diversity, where we celebrate our culture, where we focus on really important opportunities to really engage with our families in our communities," said the mayor, with Chinese Consul General in San Francisco Wang Donghua and other city and Californian officials standing behind.

The celebrations featured lion and dragon dances, performances by a group of kindergarten kids cosplaying cute piggies in colorful costumes, and drumming shows.

The celebrations climaxed with a 50-meter-long huge, golden-colored dragon dancing joyfully on the main street in the heart of Chinatown in San Francisco, as firecrackers blew up in mid-air to usher in the jubilant Year of the Pig.