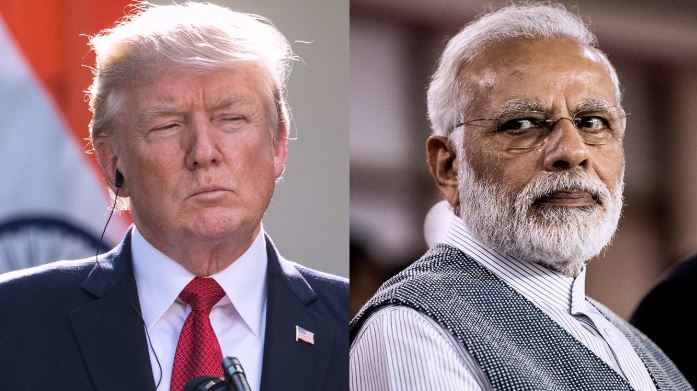 The maiden "2+2" dialogue between the US and India is planned to start Thursday in New Delhi.

On the occasion of US Secretary of State Mike Pompeo and Defense Secretary Jim Mattis' travel to India, pressures from Washington on Indian Prime Minister Narendra Modi's government regarding the purchase of Russian arms and Iranian oil have added uncertainty to the talks.

The holding of the dialogue was always stuttered.

In June 2017, Modi announced the agreement that both sides will establish a new "2+2" dialogue mechanism while meeting his US counterpart Donald Trump at the White House.

While in March, the talks scheduled to be held in April had to be postponed as then US Secretary of State Rex Tillerson was dismissed by Trump; in late June, Pompeo called Indian Foreign Minister Sushma Swaraj to delay the dialogue again for "inevitable reasons."

Many Indians believe that the most recent cancellation was done at Trump's insistence, the New York Times said.

Looking back on the two sides' recent moves, it is easy to find that the statement is not groundless.

As early as 2016, India had entered into an intergovernmental purchase agreement of the S-400 missile system with Russia.

However, the US act, which came into effect in August 2017, provided for sub-sanctions against any country that purchases military equipment from Russia. Thus, India's procurement plan was once deadlocked.

"The Americans are suddenly telling us that we can't buy missiles, and nobody knows what to do about it," said Mohan Guruswamy, a distinguished fellow at the Observer Research Foundation in India.

While India is not a slouch either. Defense Minister Nirmala Sitharaman in July said that India and Russia are close to concluding the S-400 deal and that India would go forward with the deal, adding that the new US law isn't binding on India.

The S-400 missile system is a state-of-the-art weapons platform with a maximum range of 400km, and according to Al Jazeera, it is considered one of the best defense systems in existence.

In addition, US sanctions against Iran have also spread to India.

Since quitting the 2015 multinational nuclear deal with Iran, the US has restarted economic sanctions against Iran and hopes that its allies will completely stop purchasing oil from the country before the beginning of November.

Pompeo said that Washington's sanctions on Iran's oil sector will take effect in early November and oil supply from the country will be considered a violation of sanctions.

On US concerns over the trade deficit with India, New Delhi is not likely to cut oil imports from Iran, sources said.

India will "definitely" not entirely cut off its crude oil imports from Iran, a senior official said last week.

Speaking of the reason why India will continue to buying oil from OPEC member Iran, Reuters said that Tehran is offering almost free shipping and an extended credit period.

All kinds of reasons have clouded the prospect of the US-India cooperation and a in-depth progress of the "2+2" dialogue.

"There's a general understanding here that Modi is not sure he can do business with Trump," said Suhasini Haidar, foreign affairs editor of The Hindu.

India is just now coming to terms with the idea that Trump will not treat India with the same kind of benevolence that previous presidents have, the editor added.