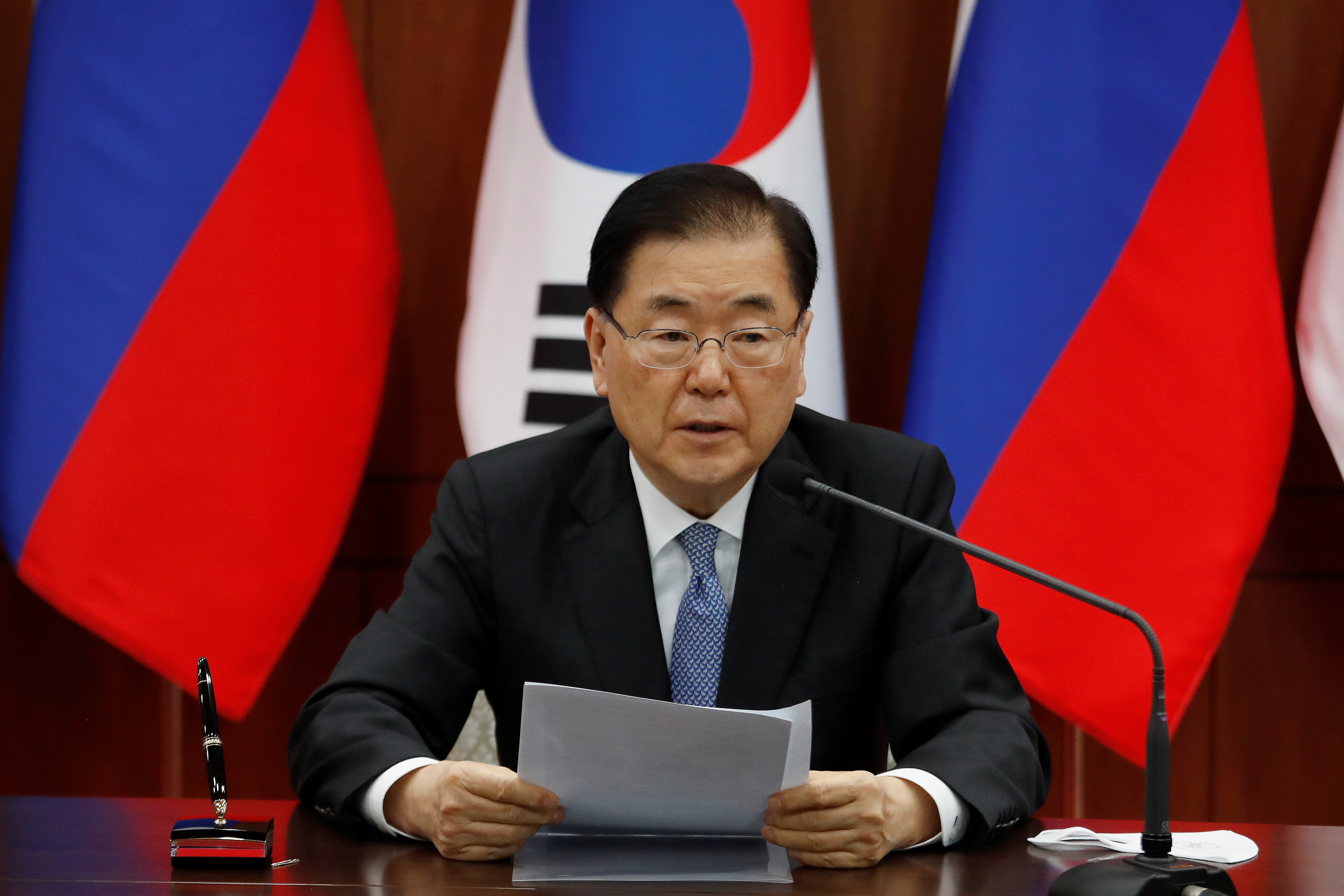 Chung made the remark during a parliamentary audit of government offices, saying some actions should be rapidly taken to prevent the DPRK from developing nuclear and missile capabilities further.

He said sanctions relief can be considered for sure among ways to prevent the further development, on condition that the DPRK accepts the dialogue proposal.

Chung's comment was made hours after the DPRK's official Korean Central News Agency reported that Pyongyang successfully conducted the test-firing of a new type of submarine-launched ballistic missile (SLBM) on Tuesday.

Asked about whether the United States was on the same page with South Korea as to the condition-based easing of sanctions, Chung said Washington has officially made it clear that it can discuss all issues if the DPRK returns to the dialogue table.

Chung noted that South Korean President Moon Jae-in's proposal to declare an end to the 1950-53 Korean War is one of several options to restart the Korean Peninsula peace process.

The minister said the end-of-war declaration aims to build trust to create an atmosphere for dialogue, adding that it is the first gateway and an essential step for the peninsula peace process.

The two Koreas remain technically in a state of war as the fratricidal war ended with an armistice, not a peace treaty.