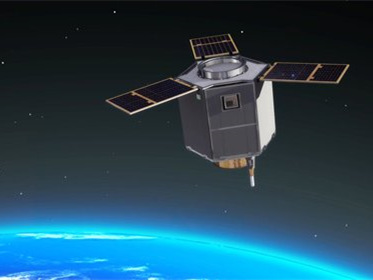 A Chinese company that tasked 10 commercial satellites to a site above Cambodia in an effort to search for the missing Malaysia Airlines flight MH370 said that photos received late Thursday show no sign of wreckage at the site.The search came following recent media reports that claimed a plane had crashed in a high-altitude jungle in Cambodia. However, aviation experts told the Global Times Thursday that it was unlikely to be the missing airliner, which disappeared with 239 people on board on March 8, 2014, during a flight from Kuala Lumpur to Beijing. So far, search efforts have concentrated on an area of the Indian Ocean off the coast of Western Australia.Satellite photos received late Thursday show no plane at the claimed location, said Wei Shu, office director of Chang Guang Satellite Technology Co Ltd, which is based in Changchun, capital of Northeast China's Jilin Province.Other satellites will take more images soon to verify the results, the company said. Cambodia-based Chinese language news outlet the Angkor Times reported Thursday that the plane is not likely to be flight MH370, but rather a plane that crashed more than 20 years ago.Satellite photos and videos taken on Wednesday showed 76 percent cloud cover, which made it very difficult for optical imaging satellites to observe what was on the ground, Wei said.The satellites were configured to take images at the coordinates of the alleged crash site. Two satellites had managed to take images earlier, Wei said. It will cost the company about 5 million yuan ($730,000) a day to task the satellites away from their original missions, he said.The company is the first commercial remote sensing satellite company in China, according to its website.The company's move came after a number of foreign media outlets reported the claims by a British man that he had seen the outline of an airliner in the area. Video producer Ian Wilson said he had made the find using Google Maps.His claim was quickly questioned by experts, who said that the plane, if indeed it is MH370, would have been noticed by Cambodian military authorities the moment it crashed.Ground confirmation necessaryWang Ya'nan, chief editor of Aerospace Knowledge magazine, told the Global Times on Thursday that the company will help to verify Wilson's claim. However, satellite photos alone will not be conclusive, and it will take a professional search team on the ground to lay the claim to rest, Wang said. Wilson is aiming to land a helicopter on the site, UK-based tabloid the Daily Star reported on Thursday. "The landmine situation in rural Cambodia makes hiking massively dangerous. It's also monsoon season," the Daily Star quoted Wilson as saying.A detailed report released by the Malaysian government on the disappearance of flight MH370 in July failed to determine the cause behind the mishap and left many questions unanswered due to lack of evidence, the Xinhua News Agency reported in July. Aircraft fragments found on Reunion Island in the western Indian Ocean have been confirmed to belong to MH370, and oil traces have been found on the sea, evidence supporting experts' belief that MH370 crashed into the Indian Ocean to the west of Australia. The four-year search for the missing airliner was called off in May.