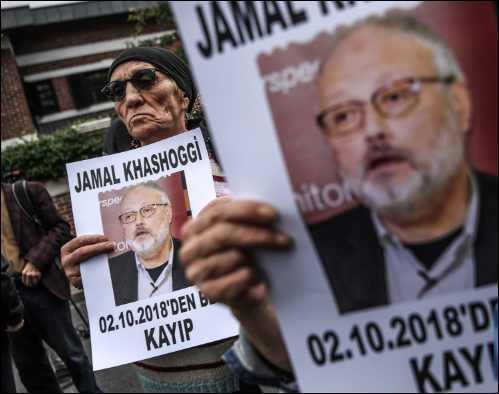 This file photo taken on Oct. 9, 2018 shows protesters holding portraits of missing journalist Jamal Khashoggi with the caption: "Jamal Khashoggi is missing since Oct. 2" during a demonstration in front of the Saudi consulate in Istanbul. ( Photo: AFP)

The initial investigations by the Public Prosecution revealed that Khashoggi had a physical fight with those he met at the Saudi consulate in Istanbul, which led to his death, SPA said.

The Public Prosecution confirmed that the investigation over the case will continue, saying all involved in the case will be held accountable.