Saudi Arabia on Thursday closed off the holiest sites in Islam to foreign pilgrims over the coronavirus, disrupting travel for thousands of Muslims already headed to the kingdom and potentially affecting plans later this year for millions more ahead of the fasting month of Ramadan and the annual Hajj pilgrimage. 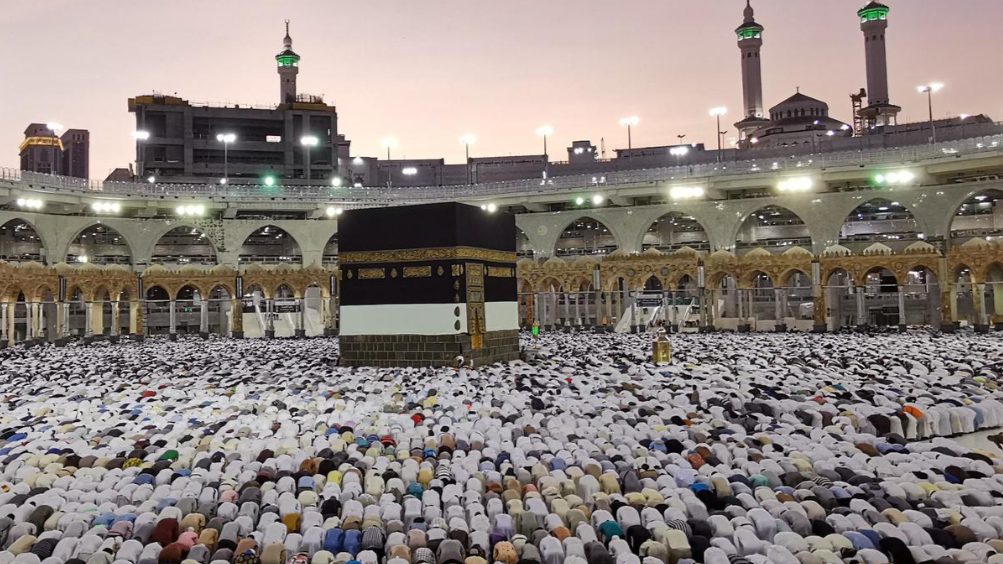 Muslims pray at the Grand Mosque during the annual Hajj pilgrimage in their holy city of Mecca, Saudi Arabia, August 8, 2019. (Photo: CGTN)

Mecca, home to the cube-shaped Kaaba that the world's 1.8 billion Muslims pray toward five times a day, and the holy city of Medina will not receive any pilgrims before the ban is lifted. Officials in the kingdom said the ban was temporary, but gave no indication how long it might last.

The unprecedented move, which wasn't taken even during the 1918 flu epidemic that killed tens of millions worldwide, showed the growing worry about the virus across the Middle East, which now has more than 360 confirmed cases.

On the same day, the Saudi ministry of tourism also suspended issuing electronic tourist visas for those coming from China, Italy, South Korea, Japan, Malaysia, Singapore and Kazakhstan, nations which are hit by the virus the hardest.

The ministry also decided to suspend work on tourist visas previously issued to citizens of these countries.

Hajj attracts about 3 million Muslims from around the world every year, making the holy shrines one of the most densely packed areas in the world. Accidents almost always occur during each Hajj. In 2015, for example, some 2,000 pilgrims were killed during a stampede. Every Muslim is required to visit Mecca during the Hajj at least once in his or her lifetime.

The region's hardest-hit nation is Iran, which is Saudi Arabia's biggest nearby rival, with the death toll reaching at least 26, the largest behind only China, where the epidemic began.

The number of infections in Iran has spiked by over 100 to at least 254, but a World Health Organization official said he believes that figure is "a substantial underestimate of the true number."

Those Iranians who have fallen ill include Vice President Masoumeh Ebtekar, better known as "Sister Mary," the English-speaking spokeswoman for the students who seized the U.S. Embassy in Tehran in 1979 and sparked the 444-day hostage crisis, state media reported.