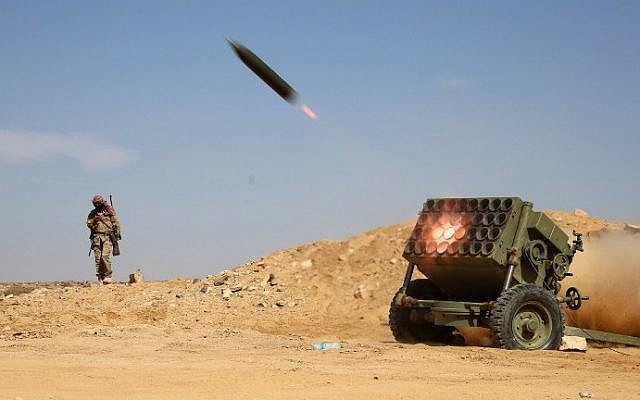 Dubai - A ballistic missile fired by Yemen’s armed Houthi group at Saudi Arabia was shot down on Thursday near the south-western city of Khamis Mushait, the Saudi-owned al-Arabiya channel reported.

It was the second ballistic missile fired from Yemen this month, after an earlier rocket was brought down near King Khaled Airport on the northern outskirts of the capital Riyadh.

A Saudi-led coalition fighting the Houthis in Yemen has closed air, land and sea access in a move it says is meant to stop a flow of Iranian arms to the Houthis, who control much of northern Yemen. The blockade has cut food imports to seven million people on the brink of famine.

“Air defense intercepted a ballistic missile, fired by the Houthis toward Khamis Mushait,” Arabiya said on its Twitter account, without giving details.

The Houthis and allied militias loyal to former Yemeni President Ali Abdullah Saleh, who have fired dozens of missiles into Saudi territory during a 2-1/2 year war, said on their official news agency they had launched a mid-range ballistic missile that “hit its military target with high precision”.

SABA, quoting a military source, added the “successful test was a new start of locally made missile launches”.

Saudi Arabia and its allies, who receive logistical and intelligence help from the United States, accuse the Houthis of being a proxy of Iran.

The coalition has launched thousands of air strikes against the Houthis who still control much of Yemen’s main population centers including the capital Sanaa and the strategic port and city of Hodeidah.

The conflict has led to one of the world’s worst humanitarian crises and killed at least 10,000 people.