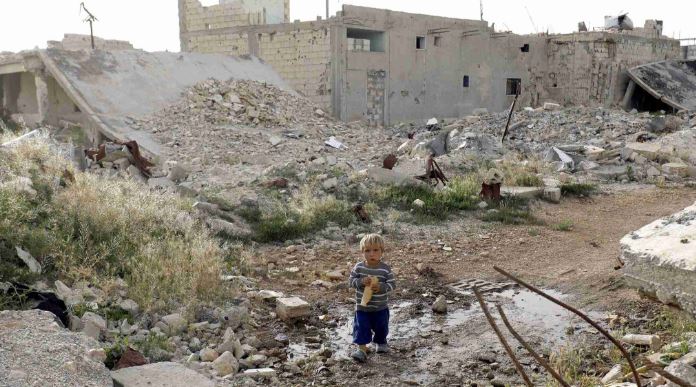 Saudi Arabia on Friday announced a $100 million contribution to a US-backed campaign to "stabilize" northeastern Syria, once a bastion of the radical ISIL group.

The 88 million euro contribution is the biggest single cash injection yet for reconstruction efforts in areas formerly controlled by the jihadists.

The group declared a "caliphate" after seizing swathes of Iraq and Syria in 2014, but has since been ousted from most of that territory including its former de facto Syrian capital Raqa and a pocket of Damascus.

Saudi Arabia, the United States' most powerful Arab ally, is a member of the US-led Global Coalition to Defeat ISIS, another acronym for the ISIL jihadist group.

Riyadh's contribution aims to support "stabilization projects" and "will play a critical role in the coalition's efforts to revitalize communities, such as Raqa, that have been devastated by ISIS terrorists," read a statement by the Saudi embassy in Washington.

It said the money would "save lives, help facilitate the return of displaced Syrians, and help ensure that IS cannot reemerge to threaten Syria, its neighbors, or plan attacks against the international community."

In April, reports emerged that the United States was looking to build an Arab force to replace its troops in northeastern Syria.

The US government has not officially confirmed the reports.

Despite the defeat of ISIL in Syria and Iraq, between 20,000 and 30,000 of its fighters remain in the two countries, according to a United Nations report released Monday.