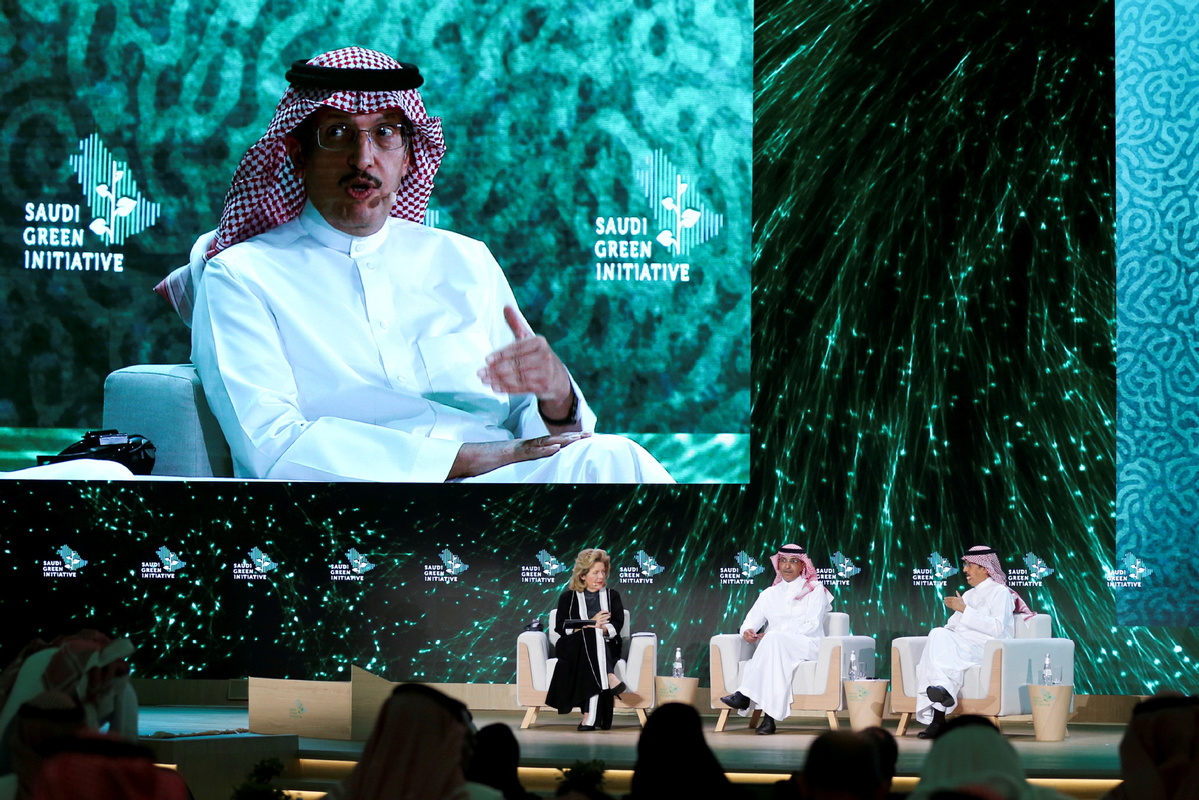 Climate advocates and observers have welcomed a multibillion-dollar plan by Saudi Arabia to combat climate change in the Middle East, but stress that its success hinges on meaningful cooperation from other countries.

The crown prince pledged that the country would reach net zero emissions by 2060 by investing more than $186 billion into the green economy over that time, an amount equivalent to about one or two years' worth of its current oil revenues. He also said his country would set up the required infrastructure, which includes establishing a regional carbon capture and storage center, an early storm warning center and a regional cloud-seeding program.

United Nations Deputy Secretary-General Amina Mohammed praised the initiative as "a valuable commitment and strategic vision", to transition regional economies away from unsustainable development to a model "fit for the challenges of the 21st century".

Nadim Farajalla, director of the Climate Change and Environment Program at the Issam Fares Institute for Public Policy and International Affairs at the American University of Beirut in Lebanon, said that while greater cooperation among countries in the region is needed, he "would not lump the Middle East all together in one category" as the impact of climate change differs from one area to another.

Gidon Bromberg, the Israeli director at EcoPeace Middle East, a regional environmental organization headquartered in Jordan, said Saudi Arabia and other Gulf countries have the potential to be major producers and exporters of renewable energy.

Because of the vast desert areas and incredible exposure to sunlight in the region, "Saudi Arabia, Jordan, (and) the Gulf, actually have the potential to be major producers and exporters of renewable energy", said Bromberg, who is attending the UN climate conference in Glasgow.

Solar, wind and green hydrogen energy can replace the region's future income losses from scaling back on fossil fuels "and help save not only the Middle East but the planet", he said.

Ilan Zalayat, a Middle East analyst and doctoral student at the Hebrew University of Jerusalem's Department of Islamic and Middle Eastern Studies, said it is hard to estimate Saudi Arabia's capacity to financially meet the goals announced in the green projects in the long run.

"However, pioneering green energy projects do not have to burden the Saudi economy, but instead, could attract foreign investors to the kingdom in non-petroleum sectors, a pillar of Prince Mohammed's 2030 Vision to end the kingdom's dependency on oil," Zalayat said.

Launched in 2016, Saudi Vision 2030 is an economic framework for reducing Saudi Arabia's dependence on oil. According to the Organization of the Petroleum Exporting Countries, Saudi Arabia is the world's biggest oil exporter, sending over 7 million barrels of crude around the world, mostly in Asia and the Pacific region. Over half of Saudi Arabia's revenue comes from oil, with $150 billion expected this year alone.

Farajalla said Saudi Arabia's pledge to invest $186 billion by 2060 to combat climate change is "nothing", as it will amount to less than 10 percent of its oil revenues.

"So this is an example of raising ambition and matching our actions to our raised ambition. But this does not apply only to Saudi Arabia. Other oil-rich countries have to put in the money," said Farajalla, adding that countries that consume most of the oil from the Middle East must also shoulder responsibility.