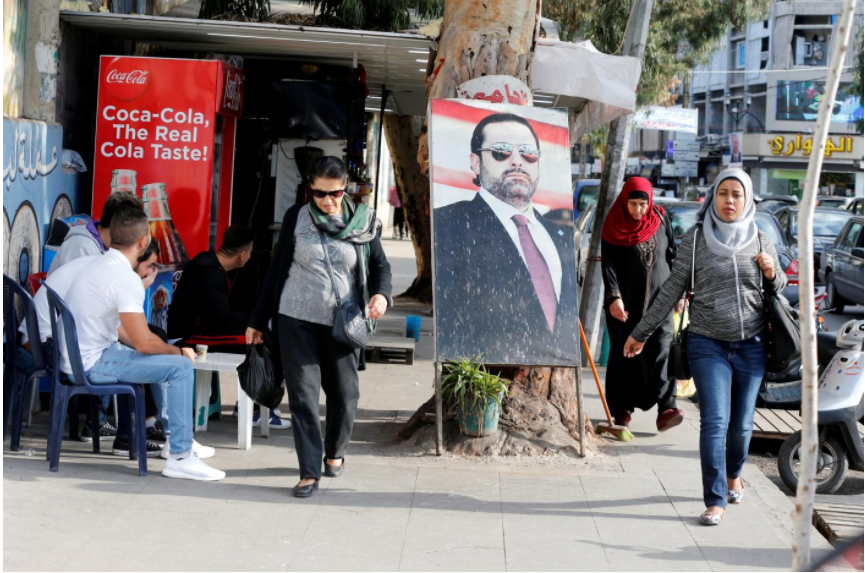 People walk next to a poster depicting Lebanon's Prime Minister Saad al-Hariri, who has resigned from his post, along a street in the mainly Sunni Beirut neighbourhood of Tariq al-Jadideh in Beirut, Lebanon November 6, 2017. REUTERS/Mohamed Azakir

Saudi Arabia accused Lebanon on Monday of declaring war against it because of aggression by the Iran-backed Lebanese Shi‘ite group Hezbollah, a dramatic escalation of a crisis threatening to destabilize the tiny Arab country.

Lebanon has been thrust to the center of regional rivalry between Saudi Arabia and Iran since the Saudi-allied Lebanese politician Saad al-Hariri quit as prime minister on Saturday, blaming Iran and Hezbollah in his resignation speech.

Saudi Gulf affairs minister Thamer al-Sabhan said the Lebanese government would “be dealt with as a government declaring war on Saudi Arabia” because of what he described as aggression by Hezbollah.

Faulting the Hariri-led administration for failing to take action against Hezbollah during a year in office, Sabhan said “there are those who will stop (Hezbollah) and make it return to the caves of South Lebanon”, the heartland of the Shi‘ite community.

In an interview with Al-Arabiya TV, he added: “Lebanese must all know these risks and work to fix matters before they reach the point of no return.”

He did not spell out what action Saudi Arabia might take against Lebanon, a country with a weak and heavily indebted state that is still rebuilding from its 1975-90 civil war and where one-in-four people is a Syrian refugee.

There was no immediate comment from the Lebanese government.

Hezbollah is both a military and a political organization that is represented in the Lebanese parliament and in the Hariri-led coalition government formed last year.

Its powerful guerrilla army is widely seen as stronger than the Lebanese army, and has played a major role in the war in neighboring Syria, another theater of Saudi-Iranian rivalry where Hezbollah has fought in support of the government.

Lebanese authorities said on Monday the country’s financial institutions could cope with Hariri’s resignation and the stability of the Lebanese pound was not at risk.

But the cash price of Lebanon’s U.S. dollar-denominated bonds fell, with longer-dated maturities suffering hefty losses as investors took a dim view of the medium- to longer-term outlook for Lebanon. A poster depicting Lebanon's Prime Minister Saad al-Hariri, who has resigned from his post, hangs along a street in the mainly Sunni Beirut neighbourhood of Tariq al-Jadideh in Beirut, Lebanon November 6, 2017. The Arabic on the poster reads, "With you forever". REUTERS/Mohamed Azakir

Hariri cited a plot to assassinate him during his unexpected resignation speech broadcast from Saudi Arabia which caught even his aides off guard. He also slammed Hezbollah and Iran, accusing them of sowing strife in the Arab world.

Hezbollah leader Sayyed Hassan Nasrallah has said he will not comment on Hariri’s speech, calling it a “Saudi statement” and saying Riyadh had forced Hariri to resign.

The sudden nature of Hariri’s resignation generated speculation in Lebanon that his family’s Saudi construction business had been caught up in an anti-corruption purge and he had been coerced into resigning. 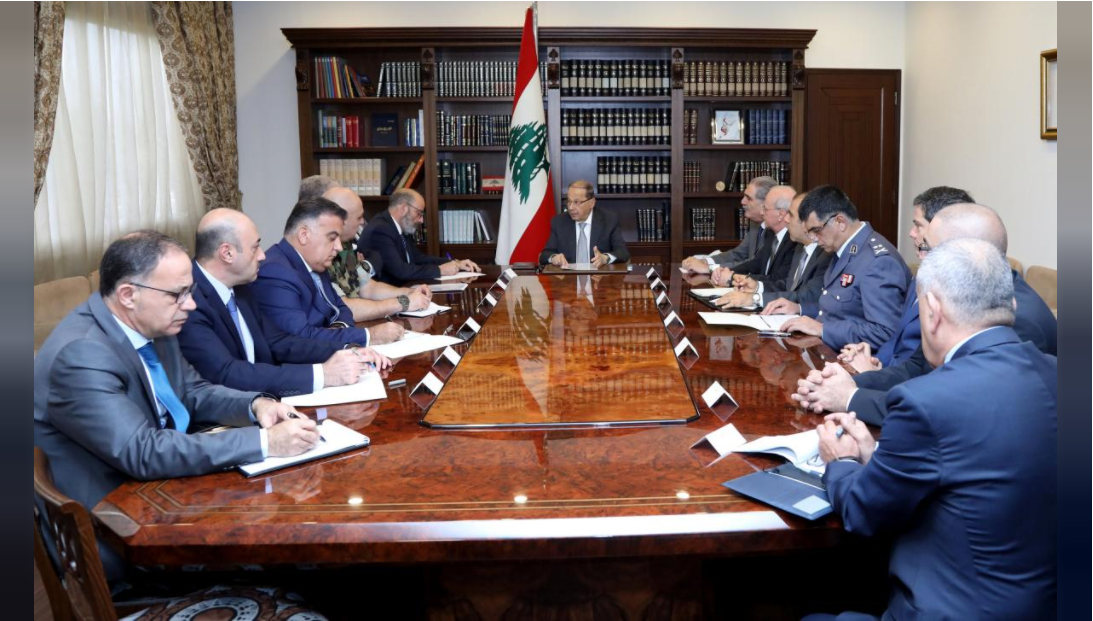 Saudi Foreign Minister Adel Jubeir said it was “nonsense” to suggest Hariri had been coerced into quitting in a CNN interview on Monday. Hariri had quit because Hezbollah had been “calling the shots” in the government, he said. Hariri, a Saudi citizen, was free to leave the country at any time, he said.

Interior Minister Nohad Machnouk, a senior member of Hariri’s political party, said he was under the impression Hariri would return to Beirut within days.

A meeting between Saudi King Salman and Hariri in Riyadh on Monday proved “rumors” wrong, he said - an apparent reference to speculation that Hariri was detained or forced to quit.

Parliament Speaker Nabih Berri, another political ally of Hezbollah, said in a televised statement after meeting Aoun it was too early to talk about forming a new government.

The crisis could re-aggravate tensions between Sunni and Shi‘ite Muslims and afflict Lebanese government with paralysis once again. All of the sides have called for calm and there has been no sign of unrest since Hariri’s resignation.

The Hariri-led government took office last year in a political deal that made Aoun president. The deal ended years of deadlock, and last month it produced Lebanon’s first budget since 2005.

Hariri flew to Saudi Arabia on Friday after meeting in Beirut the top adviser to Iran’s Supreme Leader, who described the coalition as “a victory” and “great success” afterwards.