Saudi Arabia said Monday two of its oil tankers were sabotaged off the coast of the United Arab Emirates, and there had been "significant damage to the structures of the two vessels." 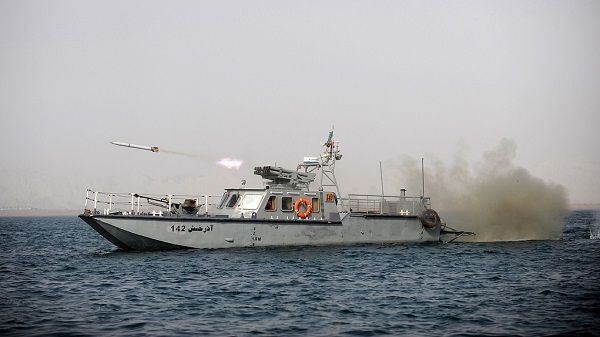 Iran is conducting naval exercises in international waters on the Sea of Oman near the Strait of Hormuz, December 30, 2011. (File Photo: VCG)

It came just one day after four commercial ships "were subjected to sabotage operations," near UAE territorial waters in the Gulf of Oman, east of Fujairah, said the UAE officials.

The US has issued a new warning to sailors and the UAE's regional allies also condemned the reported sabotage Sunday of four ships.

The US once warned ships Thursday that "Iran or its proxies" could be targeting maritime traffic in the region.

"Since early May, there is an increased possibility that Iran and/or its regional proxies could take action against US and partner interests, including oil production infrastructure, after recently threatening to close the Strait of Hormuz," the warning read. "Iran or its proxies could respond by targeting commercial vessels, including oil tankers, or US military vessels in the Red Sea, Bab-el-Mandeb Strait, or the Persian Gulf." 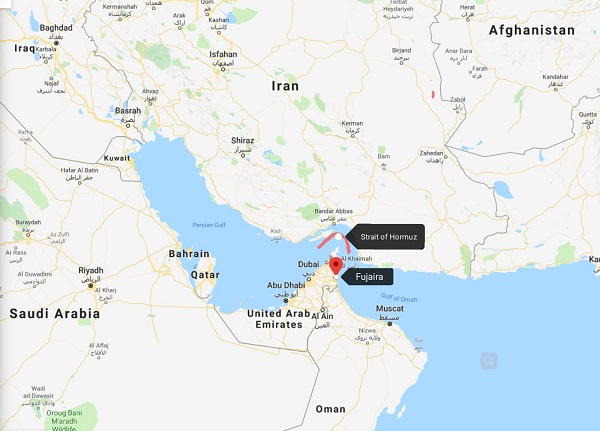 Map of the Strait of Hormuz and the port of Fujairah. (Photo: CGTN)

Emirati officials didn't elaborate on the nature of the sabotage or say who might have been responsible. However, the reported incident comes as the US is deploying an aircraft carrier and B-52 bombers to the Persian Gulf to counter alleged threats from Tehran.

It's unclear right now whether it's Iran or other parties that attacked the Saudi Arabia's oil tankers and four UEA commercial ships. The UEA said: "the concerned authorities have taken all necessary measures, and are investigating the incident in cooperation with local and international bodies."

Tensions have risen since the US withdrew from the 2015 nuclear deal in May last year, under which Iran agreed to limit its sensitive nuclear activities and allow in international inspectors in return for the lifting of crippling economic sanctions.

US restored its sanctions on Iran last year and intensified them recently which further exacerbated Iran's economic crisis and pushed Iran warning that it would begin enriching uranium at higher levels in 60 days if world powers failed to negotiate new terms for the deal. 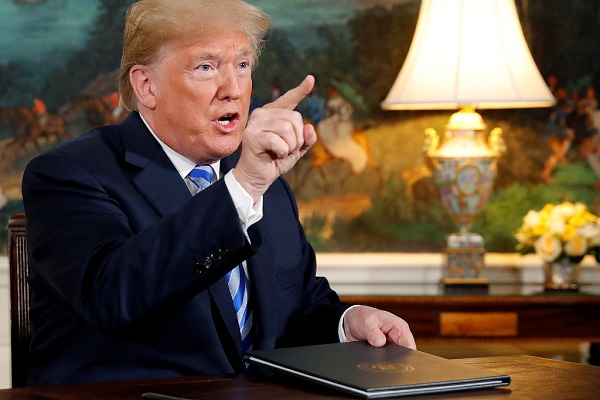 US President Donald Trump signs a proclamation declaring his intention to withdraw the United States from the 2015 nuclear deal with Iran, May 8, 2018. (File Photo: VCG)

In another separate case, a Lebanon satellite channel, Al-Mayadeen, quoting "Gulf sources," reported Sunday earlier that a series of explosions had struck Fujairah's port which later was confirmed as "unsubstantiated" by the Associated Press, who claimed they have talked to Emirati officials and local witnesses.

Emirati officials described the alleged explosion as "baseless and unfounded," saying operations within the port of Fujairah  were under way as normal, without any interruption.

Fujairah's port is located about 140 kilometers from the Strait of Hormuz, and the port offers a wide range of requirements such as general and bulk cargo including Oil. Its strategical location serves as shipping routes for the Gulf countries, the Indian and Africa.