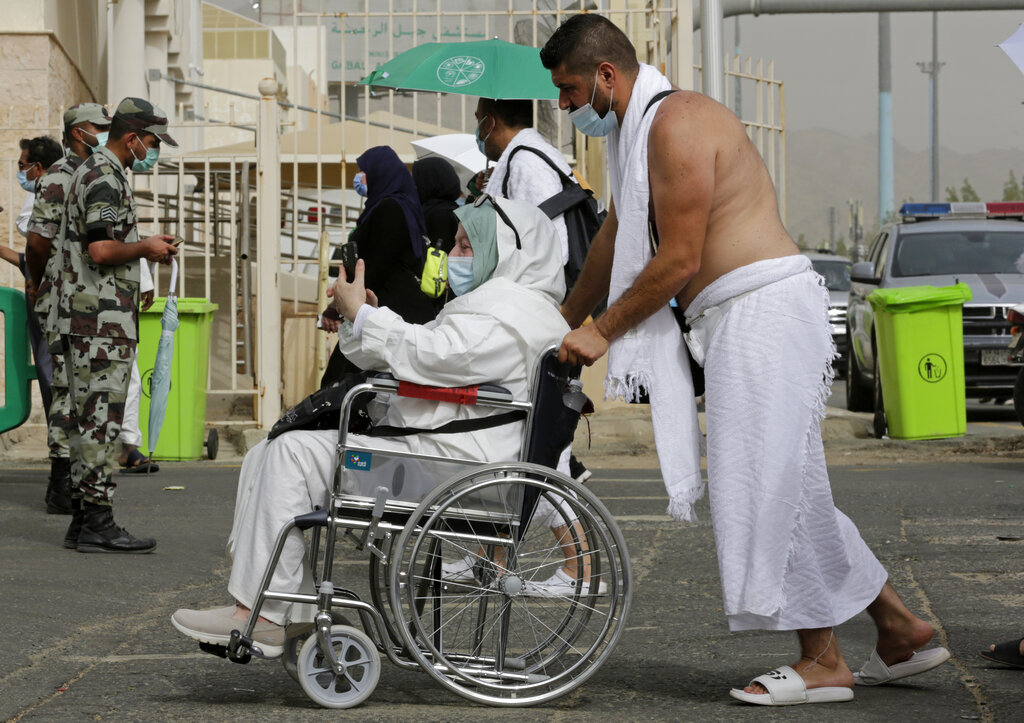 A Muslim pilgrim is pushed by her son toward the rocky hill known as the Mountain of Mercy, on the Plain of Arafat, during the annual hajj pilgrimage, near the holy city of Mecca, Saudi Arabia, Monday, July 19, 2021. (Photo: AP)

The Saudi Interior Ministry's decision comes as part of precautionary measures against the virus and its new variants, it said.

The decision excepts children below 12 who should have a valid health insurance policy, approved by the Saudi Central Bank (SAMA), to cover the risks of the COVID-19.

It also doesn't apply to citizens who recovered from the virus in less than six months, and those who recovered and received one dose of the vaccine.

Saudi Arabia lifted the travel ban on citizens on May 17 after a remarkable reduction in infection cases. The ban was lifted after more than a year of imposing it as part of a series of steps to deal with COVID-19 outbreaks.