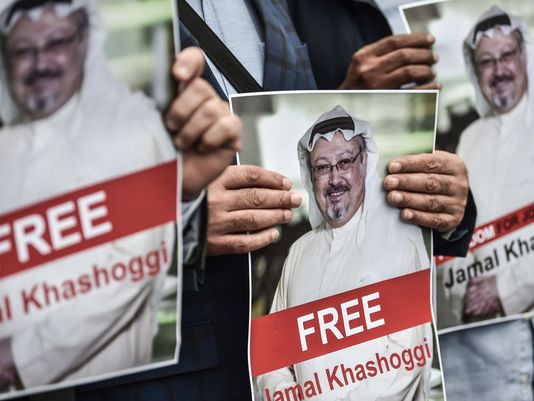 "The Kingdom also affirms that if it receives any action, it will respond with greater action," said a statement from Saudi government officials on October 14, 2018. (Photo: AFP)

Saudi Arabia will respond any action with greater action as the kingdom plays an influential and vital role in the global economy, SPA quoted an official source as saying in a statement.

The anonymous official also highlighted his country's prominent role in the Arab and Islamic world in achieving regional and global security, stability and prosperity throughout history.

Saudi Arabia has been facing negative media reports about the disappearance of the Saudi journalist Jamal Khashoggi since Oct. 2 after he entered the Saudi consulate in Istanbul.

Media reports said Khashoggi might have been killed or arrested inside the Saudi consulate, which has been denied by the Saudi authorities.