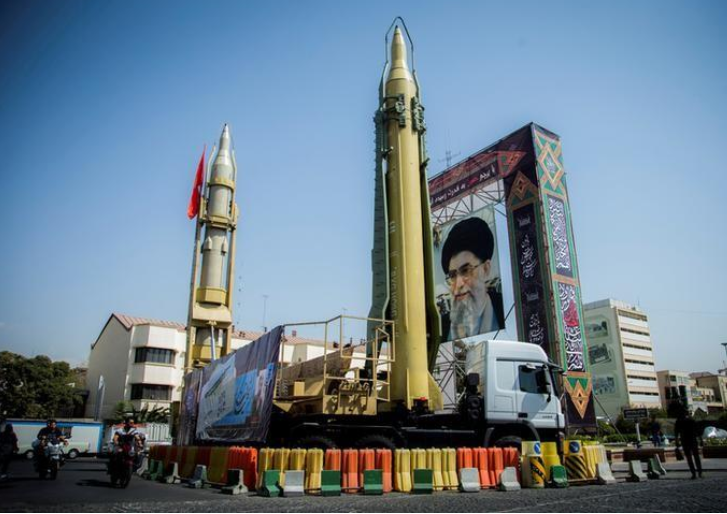 Saudi Arabia on Sunday welcomed a draft United Nations resolution offered by Britain, the United States and France that would condemn Iran for failing to stop its ballistic missiles from falling into the hands of Yemen’s Houthi group.

Saudi Foreign Minister Adel al-Jubeir told Reuters the measure, if passed, would help hold Iran accountable for what he described as its “exports of ballistic missiles” to the Iran-backed Houthi rebels, and “radical and aggressive” behaviour in the region, including support for terrorist groups.

A proxy war is playing out in Yemen between Iran and US ally Saudi Arabia. A Saudi-led coalition intervened in Yemen in 2015, backing government forces fighting Iran-allied Houthi rebels. Iran has denied supplying the Houthis with weapons.

“In order to ensure than Iran comports itself with international law, we must have firmer positions with regards to ballistic missiles and with regards to Iran’s support for terrorism,” al-Jubeir said in an interview during the annual Munich Security Conference. “Iran must be held accountable.”

He said Iranian missiles were regularly used by Houthis “to target civilians in Yemen as well as inside Saudi Arabia.”

Al-Jubeir also called for changes to two aspects of the 2015 nuclear accord with Iran - cancellation of a so-called sunset provision, and expanded inspections to include non-declared and military sites.

The draft UN resolution, which needs to be adopted by Feb. 26, is likely to face resistance from Russia. A resolution needs nine votes in favour and no vetoes by Russia, China, the United States, France or Britain to pass.

Al-Jubeir said he hoped Russia could be persuaded to support the measure.

The draft text to renew UN sanctions on Yemen for another year would also allow the 15-member council to impose targeted sanctions for “any activity related to the use of ballistic missiles in Yemen.” Britain drafted the resolution in consultation with the United States and France before giving it to the full council on Friday, diplomats said.

US President Donald Trump’s administration has been lobbying for months for Iran to be held accountable at the United Nations, while at the same time threatening to quit a 2015 deal among world powers to curb Iran’s nuclear programme if “disastrous flaws” are not fixed.

Independent UN experts monitoring the sanctions on Yemen reported to the Security Council in January that they had found missile remnants that are of Iranian origin, and “were brought into Yemen after the imposition of the targeted arms embargo.”

The experts said they had “no evidence as to the identity of the supplier, or any intermediary third party” of the missiles fired by the Houthis into neighbouring Saudi Arabia, but said Iran had violated sanctions by failing to prevent supply, sale or transfer of the missiles and unmanned aerial vehicles.