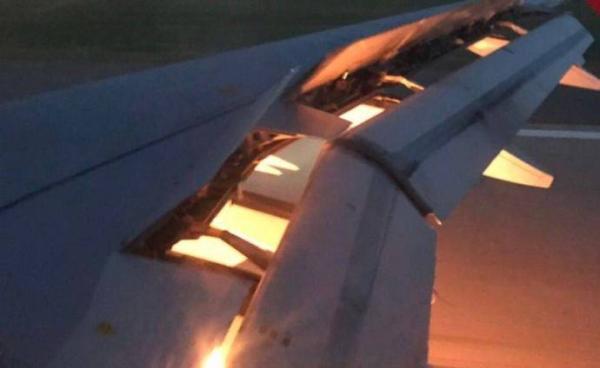 A plane carrying Saudi Arabia's national football team at the World Cup in Russia caught fire mid-flight before landing at Rostov-on-Don airport on Monday, according to reports.

Footage uploaded on social media showed flames apparently coming from the engine of the Russian Airlines Airbus after it landed.

The Saudi Football Federation said in a statement that there were no injuries.

"The Saudi Football Federation wishes to reassure everyone about the safety of all members of the mission of the national team after a minor technical malfunction in an engine," it said.

The plane was taking Saudi Arabia's squad to Rostov for their next World Cup match against Uruguay on Wednesday.