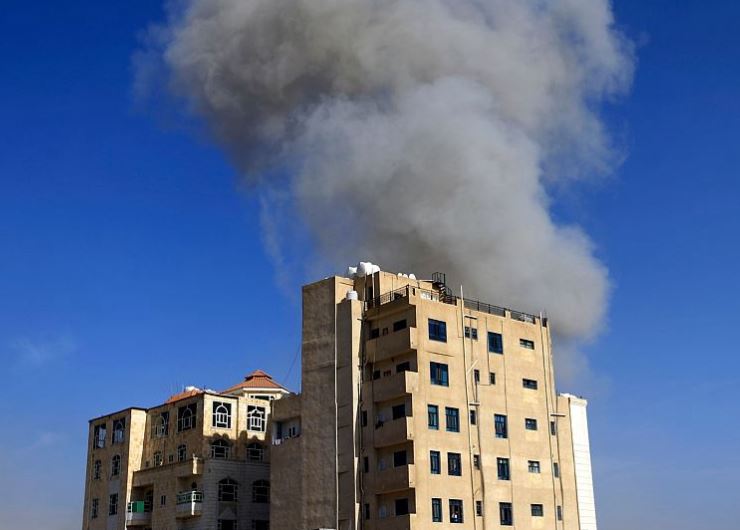 Saudi special forces have captured the leader of the Yemeni branch of ISIL, the Saudi-led military coalition fighting in Yemen said on Tuesday.

The leader, Abu Osama al-Muhajer, as well as other members of the organization including its chief financial officer, were captured on June 3 in a raid on a house carried out by Saudi and Yemeni forces, the coalition said in a statement carried on Saudi state news agency SPA.

Weapons, ammunition and telecommunication devices were also seized during the 10-minute operation, it added.

The statement said there were no injuries to civilians, including three women and three children who were inside the house.

"‏The operation is considered a significant blow to the terrorist group Daesh [ISIL], especially in Yemen," the coalition said.

A US official, speaking on condition of anonymity, said the United States had provided support for the operation, but did not give any additional details.

"We applaud worldwide efforts to continue the fight against ISIS [ISIL] branches and networks," a US military statement said.

The Western-backed, Sunni Muslim coalition led by Saudi Arabia and the United Arab Emirates has been fighting in Yemen since 2015 to restore a government ousted from power in the capital Sanaa by the Iran-aligned Houthi movement.

The coalition has also been battling militant groups such as the Yemeni branch of Al Qaeda. The United States has carried out drone strikes in recent years against suspected Al Qaeda members in Yemen.

ISIL, originally an offshoot of Al Qaeda, took control of around a third of Iraq and Syria in 2014 but has since lost its territory there. It has other branches elsewhere including Yemen, Afghanistan and parts of Africa.