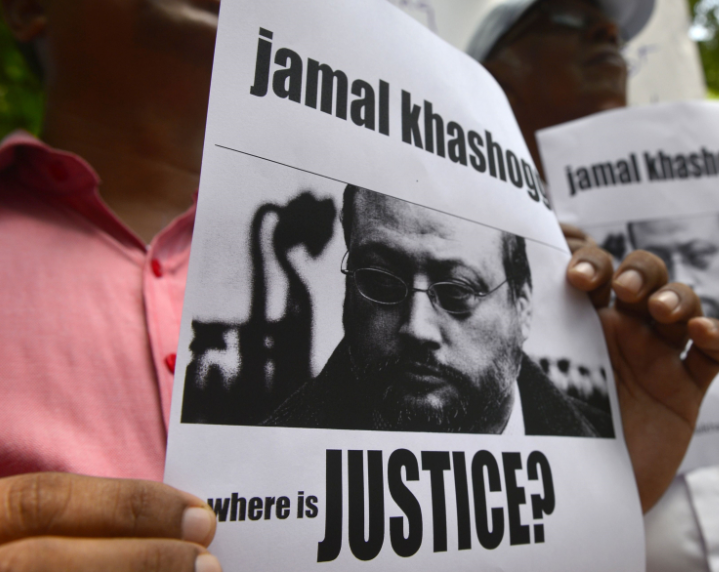 Khashoggi was "forcibly restrained and injected with a large amount of a drug resulting in an overdose that led to his death," the Public Prosecution said in a detailed press briefing on the results of the investigation into Khashoggi's death.

The investigation involved 21 suspects, including five key offenders, who were recommended by the Public Prosecution for death penalty as a punishment for their direct roles in the murder.

The statement said that the plot began on Sept. 29 on an order to bring back Khashoggi by means of persuasion, and if persuasion fails, to do so by force. The former Deputy President of the General Intelligence Presidency (GIP) issued this order.

The leader of the mission formed a 15-member team which contains three groups for negotiation, intelligence and logistics to persuade and return the victim.

The leader also asked a forensics expert to join the team for the purpose of removing evidence from the scene in case force had to be used. The expert joined the team without the knowledge of his superiors, said the statement.

A collaborator in Turkey was also contacted to secure a safe location for transferring the killed journalist.

Five individuals murdered Khashoggi with an injection of a large amount of a drug resulting in an overdose. Then the victim's body was dismembered by the individuals that committed the murder and transferred outside the consulate building, it added.

The investigation also identified the individual who wore Khashoggi's clothes after the murder and disposed of the victim's belongings in a trash receptacle, including his watch and glasses, after leaving the consulate building.

The investigation revealed that the leader of the mission agreed with the negotiation group to write a false report that stated the victim had left the consulate after the failure of negotiation or forcing his return.

In a statement issued earlier on Thursday, Saudi Public Prosecutor requested death penalty for the five key suspects in the case over charges related to ordering and committing the murder.

Khashoggi, a journalist for The Washington Post and a strong critic of Saudi government, disappeared on Oct. 2 after he entered the Saudi consulate in Istanbul, Turkey to get documents for his marriage, sparking an investigation by the Turkish government and international pressure on Riyadh to reveal about his whereabouts.

After initial denials, Saudi authorities admitted late last month that Khashoggi was murdered inside the consulate and 18 individuals in relation to the case were arrested.