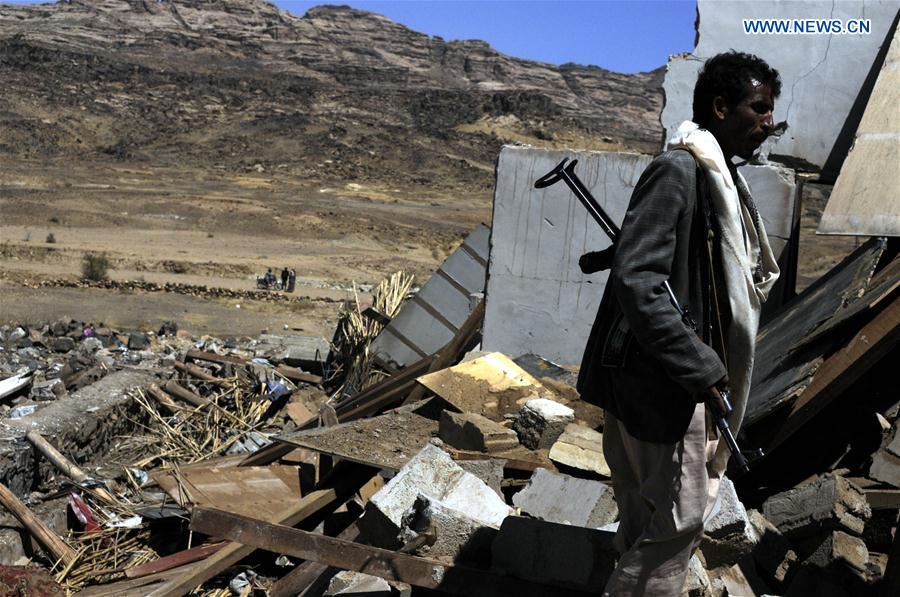 The Houthis cordened off the bombing site in Marouah area, the pro-government Giants Brigades forces said in a press statement on its official news website alamalika.net.

Several vehicles were seen transporting the Houthi casualties to different hospitals in Hodeidah, the statement added.

Houthi sources are yet not available for comment on the airstrikes.

The Yemeni government is seeking to expel Houthi rebels out of the strategic city of Hodeidah in recent days despite warnings by international humanitarian agencies.

The United Nations has listed Yemen as the country with world's biggest humanitarian crisis, with 7 million Yemenis on the brink of famine and cholera causing more than 2,000 deaths. Enditem