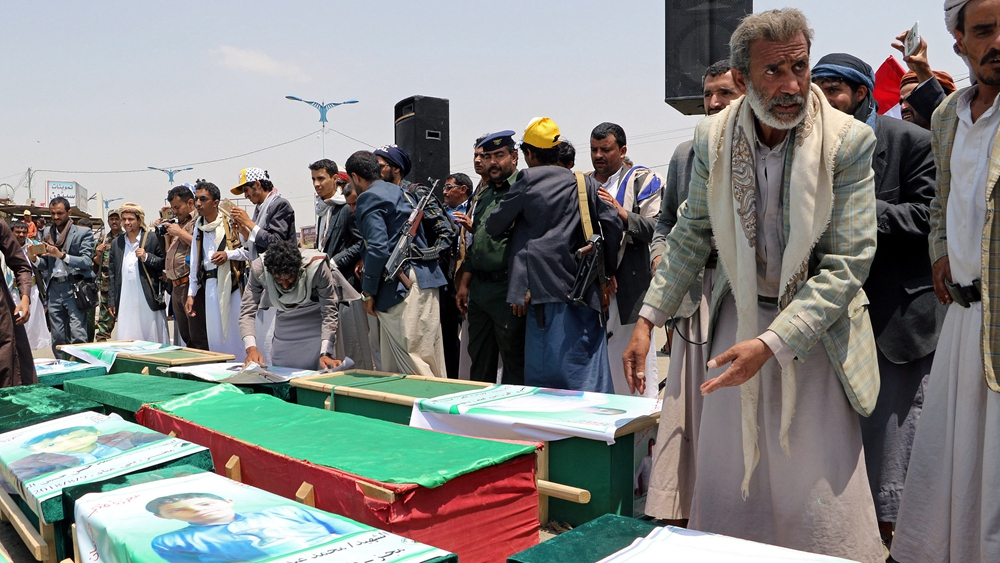 A Saudi-led coalition in Yemen said on Saturday that an air attack last month that killed dozens of people, including many children traveling on a bus, was unjustified and pledged to hold accountable anyone who contributed to the error.

In a statement carried by the Saudi state news agency SPA, the Joint Forces Command of the Coalition expressed regret over the mistakes, extended its sympathies, condolences and solidarity to the families of the victims, and announced its acceptance of the results and findings of the Joint Incident Assessment Team (JIAT).

The rare concession follows mounting international pressure, including from allies, to do more to limit civilian casualties in the over three-year civil war that has killed more than 10,000 people and pushed the already impoverished country to the brink of famine.

The coalition said it would coordinate with the Yemeni government to compensate victims and would continue reviewing the rules of engagement to prevent the repeat of such incidents.

On August 9, a coalition airstrike hit a school bus in Yemen's northern province of Saada, killing 51, including 40 children.

The Western-backed alliance fighting the Iranian-aligned Houthi group in Yemen said at the time that the air strikes had targeted missile launchers used to attack southern Saudi Arabia a day earlier and accused the Houthis of using children as human shields.

The JIAT said on Saturday that the strikes had been based on intelligence indicating the bus was carrying Houthi leaders, a legitimate military target, but delays in executing the strike and receiving a no-strike order should be further investigated.

The coalition later announced that it accepted those findings and pledged to hold accountable anyone who was proven to have made a mistake.

US Secretary of Defense Jim Mattis said US support for the Saudi-led coalition was not unconditional but suggested the United States would continue to support the alliance as it works to reduce fallout on civilians.

The UN has convened talks in Geneva on September 6, the first effort to negotiate the war in more than two years.