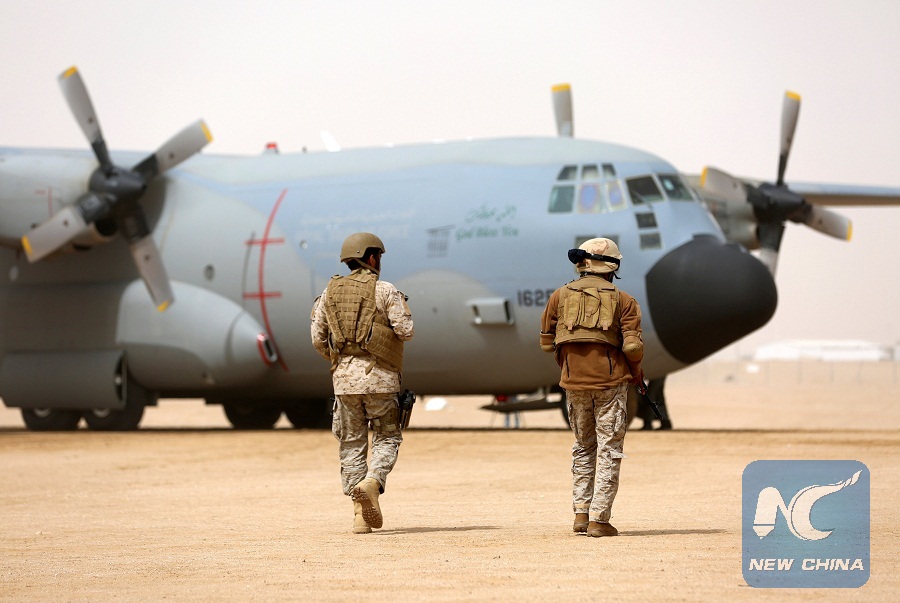 "The coalition will provide 1.5 billion US dollars in humanitarian assistance," said the coalition in a statement.

The coalition promised to keep all ports open, including the Hodeidah port, to ensure the delivery of humanitarian aid to the Yemenis, considering the blockade of Houthis on ports under their control.

The coalition pledged funding of 40 million US dollars for the expansion of ports to accommodate additional humanitarian shipment, adding that it would set up an air corridor between Riyadh and the central Yemeni province of Marib to run multiple aid flights of C130 cargo planes.

The coalition said it would set up 17 additional "safe-passage corridors" to facilitate land transport for humanitarian organisations operating in the remote interiors of Yemen.

The announcement came after Saudi King Salman bin Abdulaziz Al Saud decided to transfer 2 billion dollars to the Central Bank of Yemen last week, in an attempt to stabilize the collapsing Yemeni currency.

The Saudi-led coalition has intervened in the Yemeni conflict since March 2015 to roll back the Houthi militants and support the internationally-recognized President Abd-Rabbu Mansour Hadi, who was forced into exile by the Houthis.

The war has killed over 10,000 Yemenis, mostly children, and displaced 3 million others, creating one of the world's worst humanitarian crises.