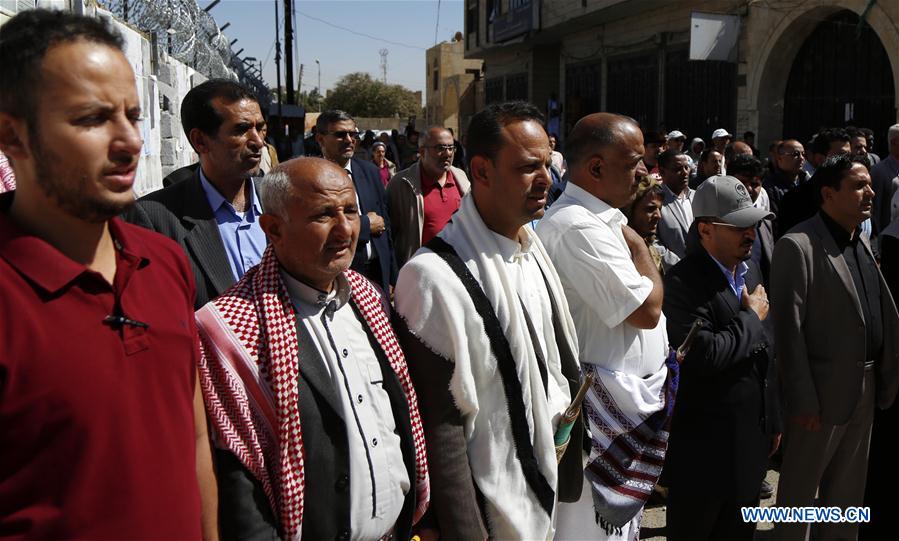 Yemeni people take part in a rally against the recent airstrike in province of al-Jawf, in Sanaa, Yemen, on Feb. 19, 2020. (Photo: Xinhua)

The coalition spokesperson Turki Al-Malki said in a statement that the cease-fire could be extended as part of efforts to combat the spread of the coronavirus.

It is also a recognition of Yemeni government's decision to a cease-fire following a call by UN Special Envoy to Yemen Martin Griffiths for warring parties to lay down their weapons.

The cease-fire aims to create the appropriate conditions to implement the invitation of the UN Special Envoy for Yemen to hold a meeting between the Yemeni government and its rival Houthis, he said.