Saudi-led coalition attacks air base near Sanaa's airport in Yemen 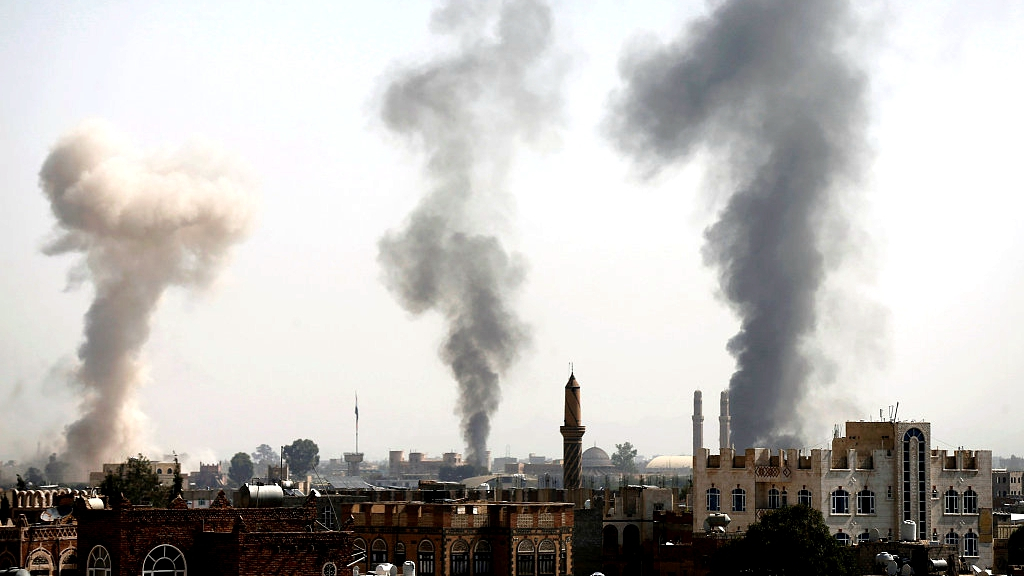 "The terrorist, Iran-backed Houthi militia have transformed Sanaa airport into a military barracks and a place to launch drones to carry out terrorist attacks that threaten regional and international security," al-Maliki said.

Al Maliki added that the targets were legitimate and that the operation is consistent with international humanitarian law.

Violent explosions rocked the north of the city where Sanaa airport and the military base are located, according to a resident of the capital.

The suffering of Yemenis

Yemen has been mired in a civil war since late 2014 when the Houthi rebels overtook the capital Sanaa and toppled the internationally-recognized government of President Abd-Rabbuh Mansour Hadi.

Saudi Arabia, the United Arab Emirates and Sunni Muslim allies have been fighting since March 2015 against the Houthis, a long-running war which has left tens of thousands dead or injured including at least 17,700 civilians as verified by the United nations.

According to the UN Refugee Agency, an estimated 3.3 million people remain displaced in 2019, up from 2.2 million last year.

More than 5 million Yemeni workers lost their jobs as a result of the years of war in the impoverished Arab country, Yemen's Minister of Social Affairs and Labor said Wednesday.

According to a statement by the Yemeni minister Ebthaj Al-Kamal carried by state-run Saba News Agency, 5 million workers of Yemen's private sector, accounting for about 60 percent of the labor force, were deprived of their jobs as a consequence of the ongoing war.

She said the instability forced many local and foreign companies to cease their operations and activities in the war-ravaged country.

The Yemeni government has made hard efforts to improve the economic situation through re-invigorating development programs in different fields, the statement said.

The government started with certain measures to reduce the workers' sufferings by declaring a 30-percent increase in salaries for all government employees, it noted.