Troops backed by a Saudi-led coalition on Wednesday launched an assault on Yemen’s main port city of Hodeidah, in the biggest battle of a three-year war between an alliance of Arab states and the Iran-aligned Houthis. 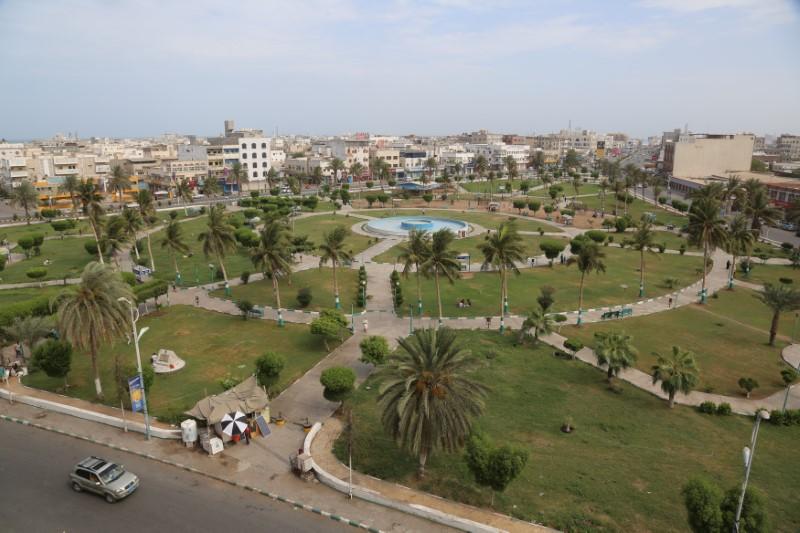 Coalition warplanes and warships were carrying out strikes on Houthi fortifications to support ground operations by Yemeni troops massed south of the Red Sea port, the internationally recognized Yemeni government in exile said in a statement issued by its media office.

The assault began after the expiry of a deadline set by the United Arab Emirates for the Houthis, who hold the capital Sanaa, to hand over the sole port under their control.

Yemen’s biggest port, Hodeidah is the lifeline for the majority of Yemen’s population, which lives in Houthi territory.

“The liberation of Hodeidah port is a turning point in our struggle to recapture Yemen from the militias that hijacked it to serve foreign agendas,” the exiled government said in a separate statement carried by state-run Yemeni media.

“The liberation of the port is the start of the fall of the Houthi militia and will secure marine shipping in Bab al-Mandab strait and cut off the hands of Iran, which has long drowned Yemen in weapons that shed precious Yemeni blood.”

The assault is the first time since the Western-backed coalition of mostly Gulf states joined the war in 2015 that they have attempted to capture such a well-defended major city, with the aim of boxing in the Houthis in Sanaa and cutting their supply lines to force them to the negotiating table.

The alliance intervened in Yemen to restore the government of President Abd-Rabbu Mansour Hadi and thwart what Riyadh and Abu Dhabi see as the expansionist aims of their Shi’ite foe, Iran.

The Houthis deny they are Iranian pawns and say their revolt aims to target corruption and defend Yemen from invaders.

The United Nations had been trying in the last few weeks to get the parties to reach a deal that would avert the attack, which it fears would further impede Yemenis’ access to food, fuel and medicine, exacerbating the world’s most urgent humanitarian crisis in the impoverished Arab state.

The UAE has said coalition forces plan to keep the port operational but warned the Houthis could sabotage infrastructure and place land and sea mines as they withdrew.

Reem al-Hashimy, the UAE minister of state for international cooperation, has said if the port is wrested from the Houthis, the coalition could ease controls aimed at denying the group arms and ease the flow of goods and aid into Yemen, where millions face starvation and disease.

Riyadh says the Houthis use the port to smuggle Iranian-made weapons, including missiles that have targeted Saudi cities - accusations denied by the group and Tehran.