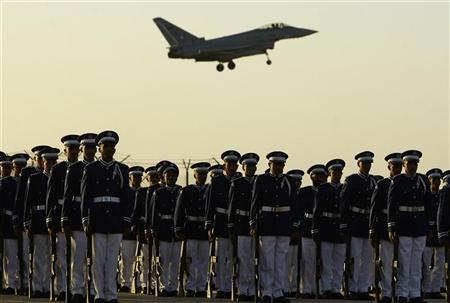 The offensive, northwest of Yemen’s third largest city of Taiz, could be a major advance for the Western-backed coalition forces in nearly three years of civil war.

It would consolidate gains made last month at al-Khoukha on the Red Sea where pro-government forces, energized since the death of former President Ali Abdullah Saleh in December after he ditched his alliance with the Iran-aligned Houthis, made their biggest advance in months.

The Houthis, who swept across Yemen since 2014 overthrowing the internationally-recognized government of President Abd-Rabbu Mansour Hadi in 2015, hold the capital Sanaa and much of northern Yemen, where most of the country’s 25 million people live.

The conflict - widely seen as a proxy war between regional rivals Saudi Arabia and Iran - has displaced more than 2 million people, caused a cholera epidemic and pushed the country to the brink of famine. At least 10,000 people have been killed.

It said that dozens of Houthi fighters were killed.

Residents said that Houthi forces, who control most of Taiz province and surround pro-government forces inside the provincial capital, continue to receive supplies through the adjacent Ibb province.

A spokesman for the Houthi-controlled Yemeni army could not be reached for a comment and the group’s media outlets made no mention of any fighting in the area.