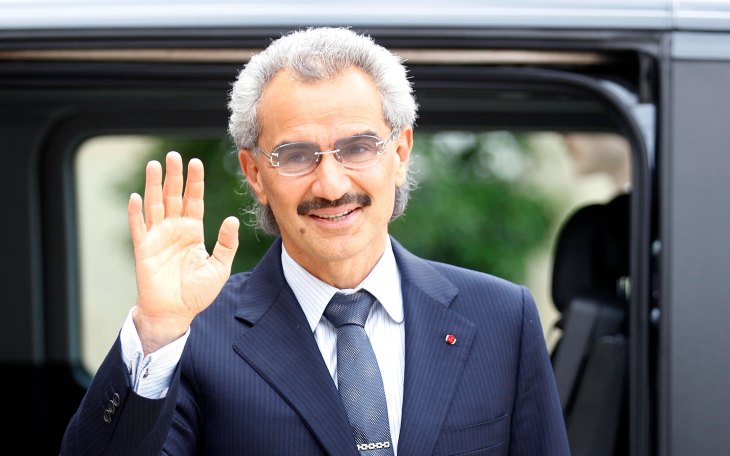 A member of Saudi Arabia's royal family has bought a 190-million-pound ($231-million) stake in Britain's biggest pension provider in a move that The Telegraph newspaper says will greatly expand the Gulf state's "foothold in the City of London".

Prince Alwaleed bin Talal Al Saud's purchase of more than 3 percent of Phoenix Group was made through Kingdom Holding Company, which he controls, and makes him the sixth-largest investor in Phoenix, which is the UK's biggest long-term savings and retirement business.

Phoenix, which has around 13 million customers, manages 310 billion pounds of assets.

The Telegraph said Saudi Arabia has been keen to invest in the UK's financial center, which is known as the City of London, as part of its recent drive to diversify its economy away from a reliance on oil.

The purchase of the stake in Phoenix follows the prince's Kingdom Holding Company buying a 4 percent stake in insurer and asset manager M&G earlier this month, which was said to have been worth around 219 million pounds.

Phoenix Group, which was formerly known as Pearl Group and which owns several major brands including Standard Life, traces its history back to 1857. The London-based company is a provider of insurance and pension services and is listed on the London Stock Exchange and on the FTSE 100 Index.

Saudi Arabia's investment in Phoenix Group and M&G came as the nation announced more details about its plan to build a 500-meter-tall, mirror-clad skyscraper called The Line, which will eventually be home to 9 million people.

The linear skyscraper, which was first talked about in 2017, will be 170 kilometers long and 200 meters wide, according to a new promotional video released this week.

The mega project, which its developers say amounts to "a revolution in civilization", will have a footprint of 34 square kilometers and aims to offer residents everything they need on a daily basis within a five-minute walk of their homes.

The Guardian newspaper said the project amounts to "one of the most ambitious urban developments built in modern times".

Robert Mogielnicki, of the Arab Gulf States Institute in Washington, told Agence France-Presse the vision is much clearer, thanks to the new video.

"The concept has morphed so much from its early conception that it's sometimes hard to determine its direction: scaling down, scaling up, or making an aggressive turn sideways," he said.

Saudi Arabia says it will need the new city, which it says will not have roads or cars, in order to cope with an anticipated population boom, from today's 35 million to around 50 million by 2030.