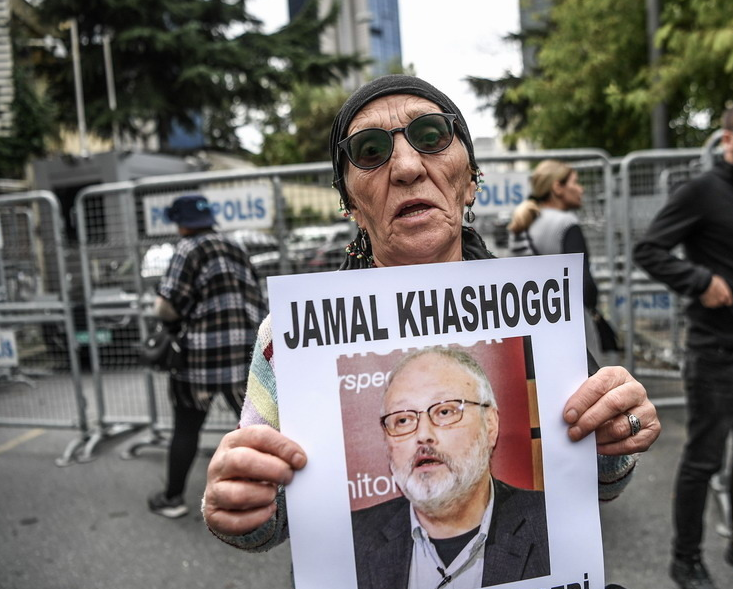 A woman holds a portrait of missing journalist and Riyadh critic Jamal Khashoggi reading "Jamal Khashoggi is missing since Oct. 2 during a demonstration in front of the Saudi Arabian consulate on Oct. 9, 2018 in Istanbul. (Photo: Xinhua/AFP)

Speaking at a meeting of the ruling Justice and Development Party, Erdogan said the Saudi prosecutor will meet his Turkish counterpart during the visit.

Stating that Turkey has further information and documents about the 18 suspects related to the case, Erdogan called on Saudi Arabia to hand over them to Turkey.

He also said Riyadh needs to disclose the identity of its "local cooperator" who purportedly took Khashoggi's body from Saudi agents after the journalist was killed at the consulate in Istanbul on Oct. 2.

Jamal Khashoggi, a columnist for The Washington Post and a critic of the Saudi government, disappeared and reportedly died after he entered the Saudi consulate in Istanbul on Oct. 2.

Turkish government described the killing as a planned political murder. Saudi prosecutors said Thursday that Turkish evidence indicates that the killing was premeditated.