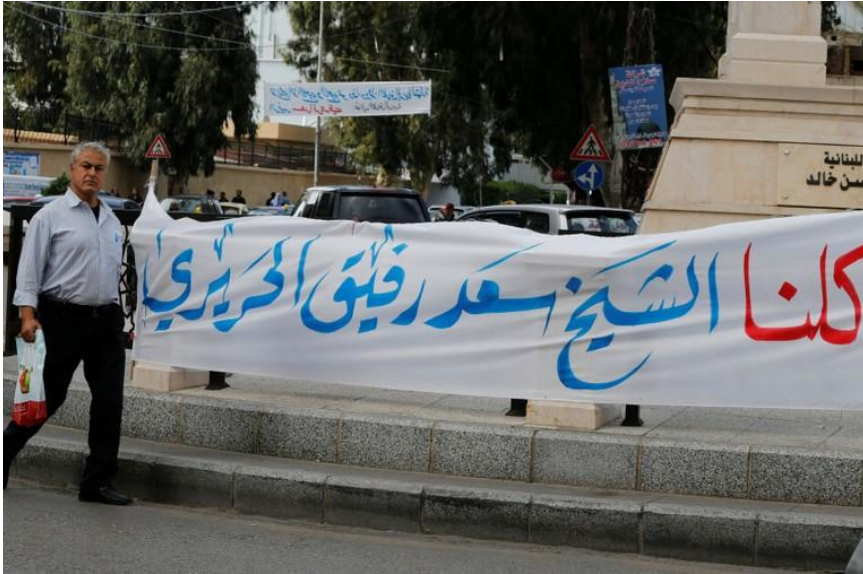 A man walks past a banner in the mainly Sunni Beirut neighbourhood of Tariq al-Jadideh in Beirut, Lebanon November 6, 2017. Photo: REUTERS/Mohamed Azakir

Saudi Arabia has opened a new front in its regional proxy war with Iran, threatening Tehran’s powerful ally Hezbollah and its home country Lebanon to try to regain the upper hand.

With Iranian power winning out in Iraq and Syria, and Riyadh bogged down in a war with Iran-allied groups in Yemen, the new Saudi approach could bring lasting political and economic turmoil to a country where Tehran had appeared ascendant.

The resignation on Saturday of the Saudi-allied Lebanese prime minister Saad al-Hariri, announced from Riyadh and blamed on Iran and Hezbollah, is seen by many as the first step in an unprecedented Saudi intervention in Lebanese politics.

“The Saudis appear to have decided that the best way to confront Iran is to start in Lebanon,” a European diplomat said.

Riyadh is blaming Hezbollah for the resignation of Lebanon’s preeminent Sunni politician, accusing it of “hijacking” Lebanese politics. But Saudi Arabia is also widening blame to Lebanon as a whole, saying it too has declared war on the Kingdom.

A Saudi minister has made the near impossible demand that Lebanese act against a group that is a major part of Lebanon’s political fabric and far more powerful than the weak state, with a guerrilla army that out guns the national military.

Coinciding with a major anti-corruption purge of top Saudis, Hariri’s shock announcement has given rise to suggestions from Hezbollah and others that his Saudi business interests had embroiled him in the probe and he was forced to resigning.

Saudi Arabia and Hariri’s allies deny that, and assertions that Hariri is under house arrest. They say his hand was forced by Hezbollah interventions in Arab countries in service of Iran.

Saudi Foreign Minister Adel Jubeir said Hezbollah had been “calling the shots” in the Hariri government, which included two Hezbollah ministers and was formed last year in a political deal that made Michel Aoun, a Hezbollah ally, head of state.

Hezbollah and its allies will struggle to form a government without Hariri or his blessing, leaving Lebanon in a protracted crisis that could eventually stir Sunni-Shi‘ite tensions, though there is no sign of this yet as all sides urge calm.

Announcing his resignation, Hariri cited an assassination plot against him and slammed Iran and Hezbollah for sowing strife and trying to “kidnap” Lebanon away from the Arab world. The declaration came as a surprise even to Hariri’s aides.

It is not clear what comes next: Saudi-backed efforts to weaken Hezbollah in Lebanon failed badly a decade ago, ending with a bout of Sunni-Shi‘ite fighting on the streets of Beirut that only underlined Hezbollah’s military dominance.

In Iraq, Tehran-backed militias and Iranian commanders have often seemed as powerful as the U.S.-backed Iraqi military, most recently in an operation to retake Kirkuk from Kurdish forces.

So emboldened was Iran that top Iranian official Ali Akbar Velayati trumpeted his regional alliance’s success from Beirut last Friday, declaring victories in Iraq, Syria and Lebanon. His statement to the media after a meeting with Hariri was seen as a major provocation to regional Sunni powerhouse Saudi Arabia.

Hariri left for Saudi Arabia immediately afterwards, cancelling previously scheduled engagements and catching even his closest advisors off guard the next day with a declaration first broadcast by Saudi-owned media.

The regional standoff flared in the Gulf hours later, with Iran-allied groups firing a ballistic missile at Riyadh from Yemen. Saudi Arabia says it was launched by Hezbollah.

Hezbollah has not responded to the accusation.

Neither Hezbollah nor the Lebanese government responded on Tuesday to the Saudi accusation, voiced by Gulf affairs minister Thamer al-Sabhan, a top aide to Crown Prince Mohammed bin Salman, that both Lebanon and Hezbollah had declared war.

“The Lebanese government will be dealt with as a government declaring war on Saudi Arabia, and all Lebanese must realize these dangers and work to resolve the issues before we reach the point of no return,” he said in an interview with Al-Arabiya TV.

Crown Prince Mohammed told Reuters last month the war in Yemen would continue to prevent the Iran-allied Houthi movement from becoming another Hezbollah at Saudi’s border. 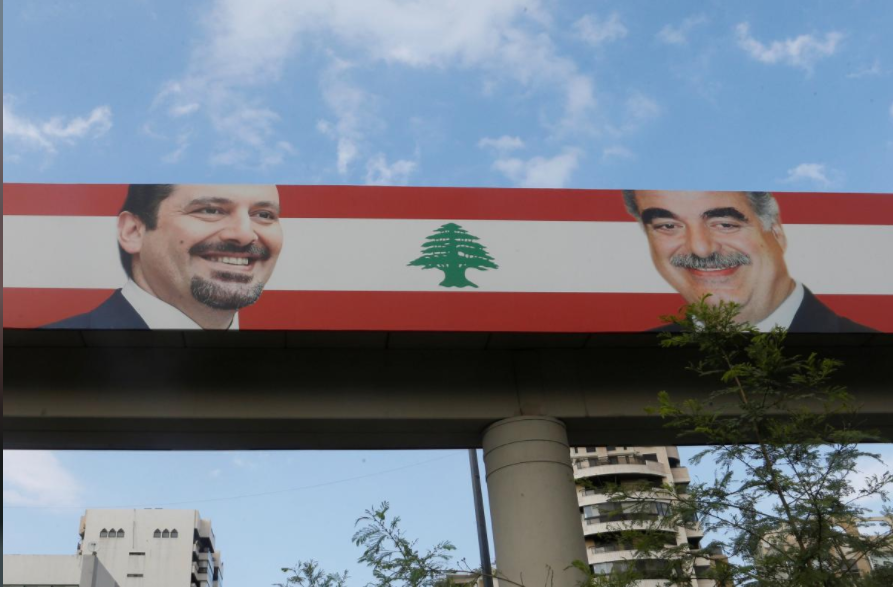 Hezbollah was established by Iran’s Revolutionary Guards in 1982 to fight Israeli troops in Lebanon. Its last major war with Israel was in 2006, since when Hezbollah has grown stronger.

While Sabhan vowed that Hezbollah would be forced back into “its caves” in southern Lebanon, any Saudi military action in Lebanon - such as air strikes - would come as a major surprise.

Political paralysis and tension is however a big threat to an already stagnant economy, and could derail next year’s parliamentary elections - Lebanon’s first since 2009.

Policymakers have scrambled to calm concern over the financial stability of the heavily indebted state. They say the Lebanese pound - pegged against the dollar at the same rate for 20 years - is stable.

Hariri was spearheading efforts to garner international aid to help Lebanon deal with the strain of hosting 1.5 million Syrian refugees, or a quarter of the population.

Leaders on all sides say there should be no further escalation. Both Hezbollah and Hariri’s Future Movement have worked to contain Sunni-Shi‘ite tensions during the war in neighboring Syria.

Hezbollah leader Sayyed Hassan Nasrallah has called for calm and patience in the face of Hariri’s resignation. Okab Sakr, a member of Hariri’s Future Movement, noted that protests in solidarity with Hariri had been canceled to avoid trouble.

Sabhan, the Saudi minister, has called for “real sanctions” and alliances “to find a fundamental solution to this cancerous disease”, saying Hezbollah should be disarmed and kept out of government.

Hariri, who was thrust into politics by the 2005 assassination of his father, Rafik al-Hariri, led years of political struggle with Hezbollah in Lebanon. But his Saudi-backed “March 14” coalition failed to make any progress toward Hezbollah’s disarmament as demanded by U.N. resolutions.

It has offered a bounty for two Hezbollah officials, and the House of Representatives has backed new sanctions targeting entities found to support it.