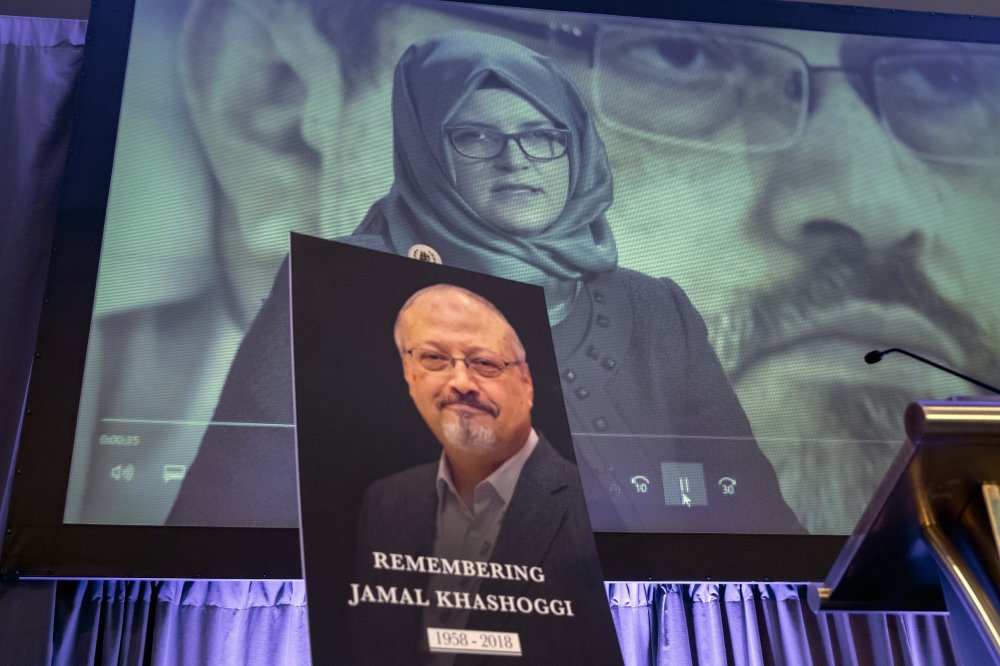 FILE - In this Nov. 2, 2018 file photo, a video image of Hatice Cengiz, fiancee of slain Saudi journalist Jamal Khashoggi, is played during an event to remember Khashoggi, who died inside the Saudi Consulate in Istanbul on Oct. 2, 2018, in Washington. (Photo: AP)

WASHINGTON, Dec. 23 (Xinhua) -- A senior official of US State Department said on Monday that Saudi Arabia's sentencing of five people to death over the killing of Saudi journalist Jamal Khashoggi was "an important step" to hold the perpetrators accountable.

"Today's verdicts were an important step in holding those responsible for the terrible crime accountable," the official said in a press briefing anonymously.

"We've encouraged Saudi Arabia to undertake a fair and transparent judicial process, and we will continue to do so," the official added.

Saudi Public Prosecution earlier in the day announced that five people had been sentenced to death over the case of Khashoggi, and three others were given jail terms.

Spokesperson of the Saudi Public Prosecution Shalaan Al Shalaan noted that the former Deputy Intelligence Chief Ahmed al-Asiri was released for insufficient evidence. Saud al-Qahtani, the advisor at the Royal Court, was investigated in the case but was not charged.

Khashoggi was murdered inside the Saudi consulate in Turkey in October 2018, and a number of top Saudi officials were arrested in connection with the case. The Saudi King Salman bin Abdulaziz Al Saud also ordered to restructure the intelligent authority.