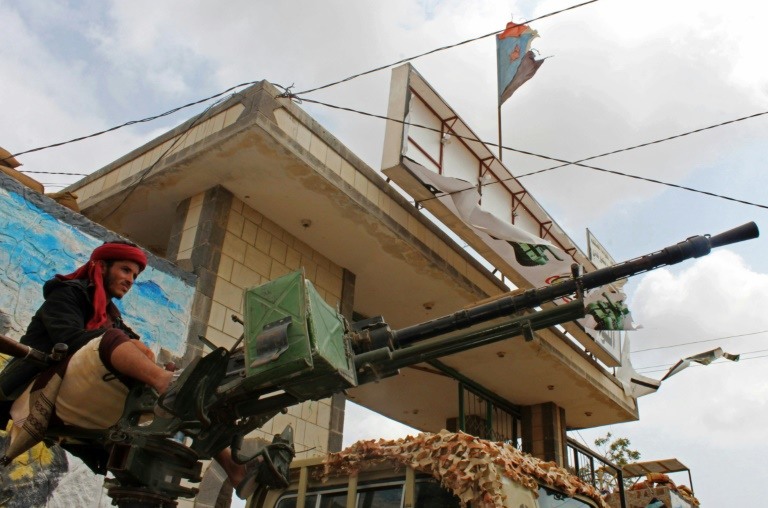 A southern separatist militiaman takes up position in Aden on January 31, 2018, after the force overran nearly all of Yemen's second city, besieging government ministers in the presidential palace. Photo: AFP/Saleh Al-Obeidi

Saudi and Emirati envoys shuttled between Yemen's government and southern separatists in second city Aden on Thursday in a bid to end a deadlock after deadly infighting between the two former allies.

An assault Sunday on the embattled government's headquarters by its former allies has opened up a new front in the devastating civil war, a conflict that has created what the United Nations says is the world's worst humanitarian crisis.

Saudi Arabia and the United Arab Emirates lead a regional military coalition that has backed President Abedrabbo Mansour Hadi since he fled into exile in 2015.

But they have struggled to keep together Yemen's disparate government alliance, which until this week included the southern separatists, in the war against Huthi Shiite rebels who control the capital Sanaa and much of the north.

South Yemen was an independent country until its unification with the north in 1990. In his fight against the Huthis, Hadi has relied heavily on armed southern factions, who largely support the restoration of South Yemen.

Many of them have been recruited into special forces units trained by the UAE to fight Al-Qaeda, which also has a large presence in parts of the south.

On Wednesday, those forces deployed across Aden, bringing a lull in the deadly clashes that had forced a halt to the distribution of desperately needed relief supplies for days.

Both sides in the new conflict are now claiming control over Aden, but military sources on the ground say the separatists, backed by UAE-trained army troops, hold the upper hand.

Only the presidential palace in the north of the city remains under the control of government forces, according to multiple sources.

Both parties also say they are still backed by the Saudi-led military coalition, which has called for restraint but stopped short of openly backing one side against the other. 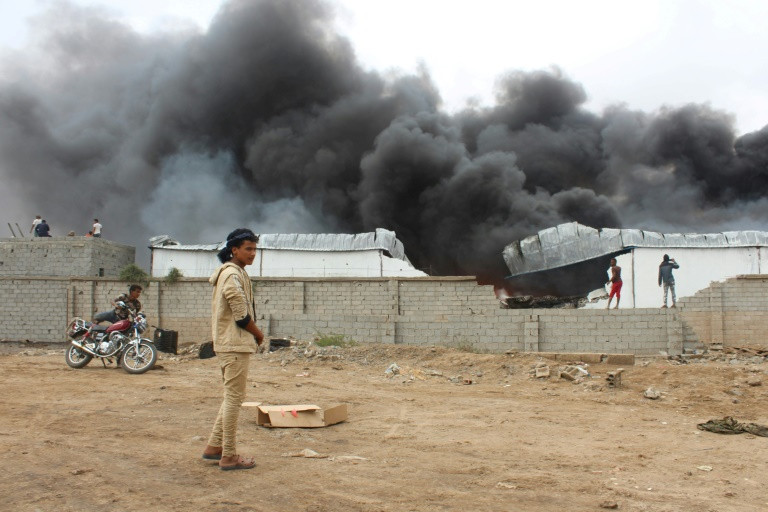 Smoke billows from inside a military camp in Yemen's second city Aden on January 31, 2018, a day after southern separatists seized it from government forces. Photo: AFP/Saleh Al-Obeidi

"The government of Yemen -- which continues to operate out of the interim capital of Aden -- affirms it will use all means to safeguard the interests of the Yemeni people and Yemeni unity," read a statement carried by the official Saba news agency.

A separatist official told AFP security in Aden was "stable", adding that his group's forces were working with the coalition.

While the head of the Southern Transitional Council, an assembly of southern separatist leaders formed in May, on Wednesday declined to say whether the council aimed for southern independence, the STC's mission statement openly calls for the reinstatement of autonomy.

The six-point statement, seen by AFP on Thursday, calls for the "complete liberation of all territories of South Arabia from the occupying and invading forces" of the north and the establishment of a "civilian state of the South".

Saudi Arabia and the UAE have not abandoned their support for Hadi, who lives in exile in Riyadh, but they have singularly failed to intervene militarily in support of Prime Minister Ahmed bin Dagher and other ministers who are holed up under siege in the palace.

Saudi and Emirati envoys "met with all concerned parties, stressing the need to abide by the ceasefire... and refocus efforts on the front lines against the Huthis", the UAE's official WAM news agency reported Thursday.

"Saudi Arabia and the UAE stand together with the Yemeni people and are leading reconciliation efforts between the Yemeni parties," said UAE Major General Mohammed Matar al-Khyeli.

The UAE has close ties to separatist Hani bin Breik, vice president of the STC.

The UAE and Saudi Arabia have both urged Hadi's government to heed the separatists' grievances and called on all sides to show restraint.

At least 38 people have been killed and 222 wounded in Aden since Sunday, according to the International Committee of the Red Cross.

The UN agency for humanitarian affairs has said aid ships were still unable to dock.

Even before the latest fighting, Yemen already faced the world's most serious humanitarian crisis, with some 8.4 million of its 22.2 million population at risk of famine, according to the UN.