Saudi Arabia will allow women to drive from June 24, ending the world's only ban on female motorists.

It's a euphoric and historic moment for women who have had to rely on their husbands, fathers, brothers and drivers to run basic errands, get to work, visit friends or even drop kids off at school.

For nearly three decades, outspoken Saudi women and the men who supported them had called for women to have the right to drive. They faced arrest for defying the ban as women in other Muslim countries drove freely. 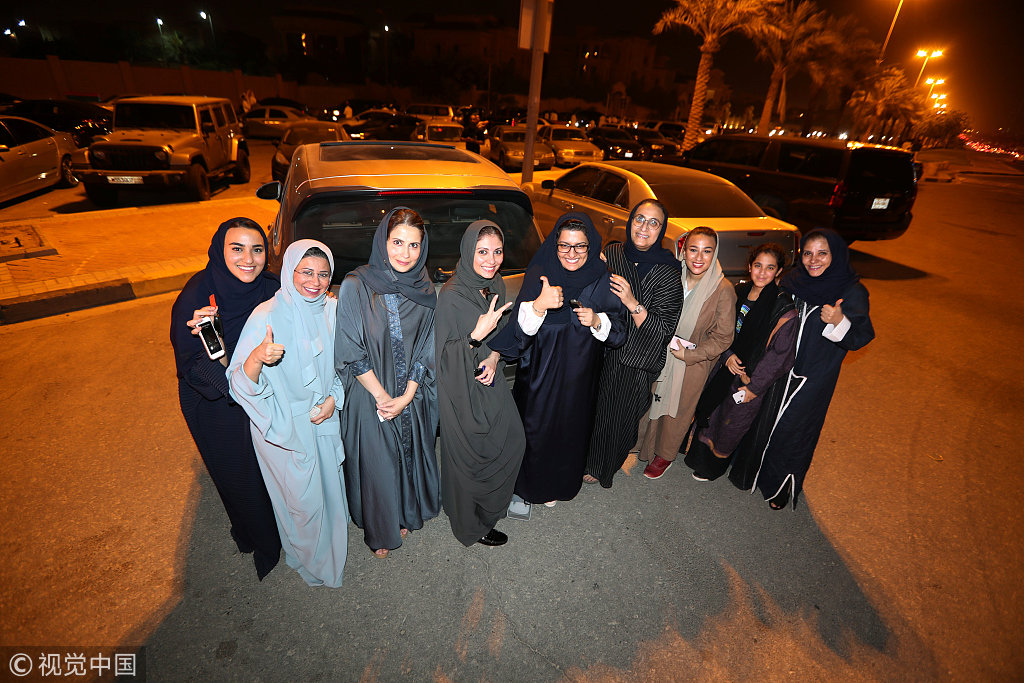 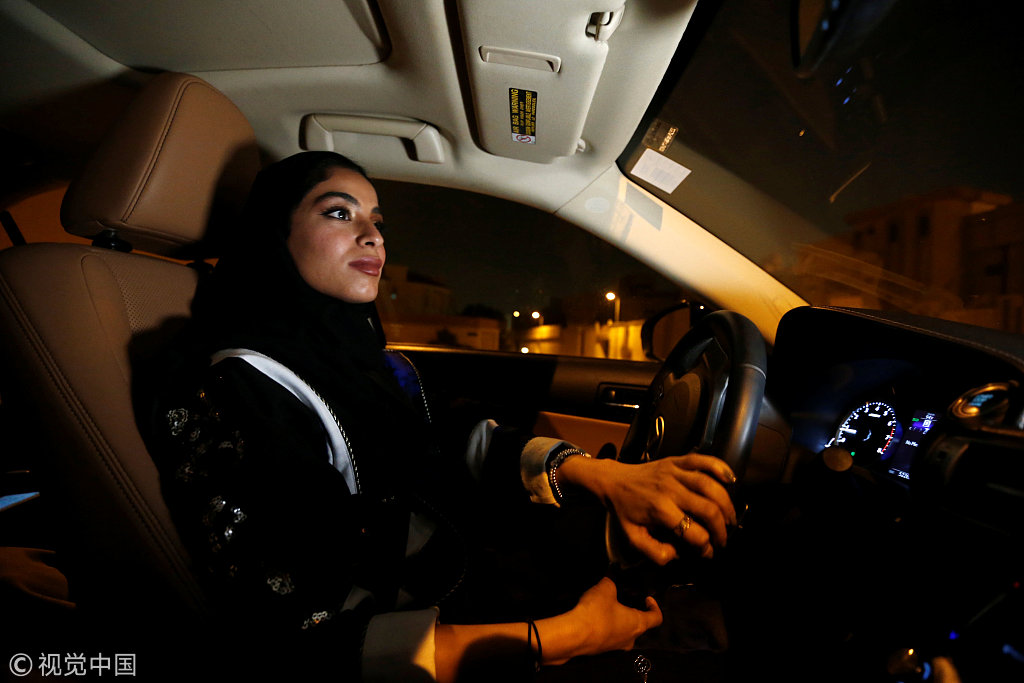 Majdooleen, who is among the first Saudi women allowed to drive in Saudi Arabia drives her car in her neighborhood in Riyadh, Saudi Arabia June 24, 2018.  (Photo: VCG) 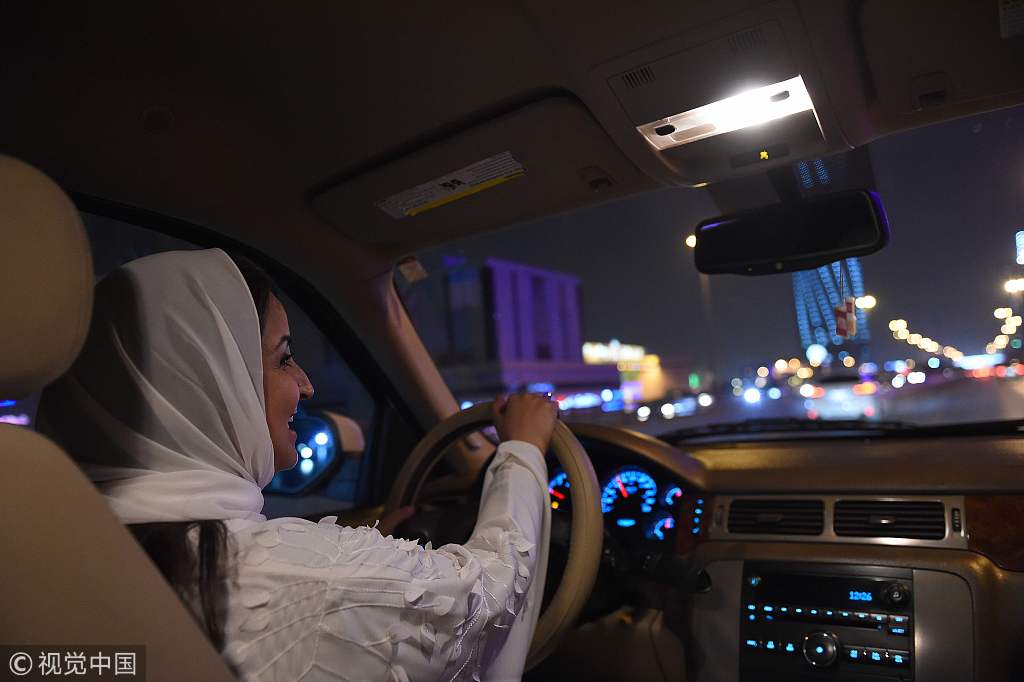 Saudi Samar Al-Moqren drives her car through the streets of the Saudi capital Riyadh for the first time just after midnight, June 24, 2018, when the law allowing women to drive took effect.  (Photo: VCG)