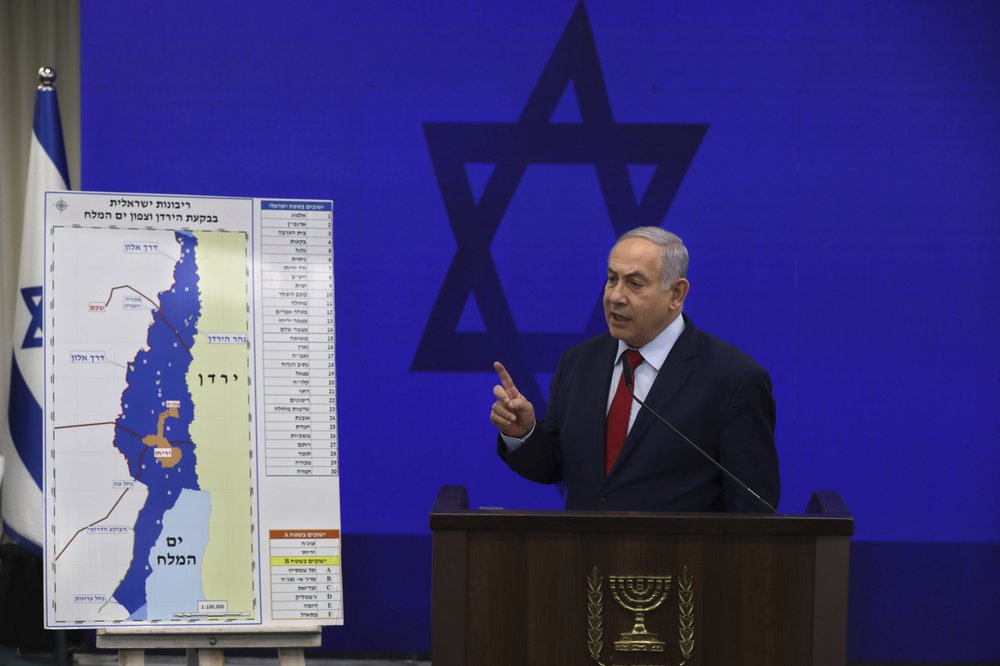 Saudi Arabia on Wednesday denounced Israeli Prime Minister Benjamin Netanyahu’s pre-election vow to annex parts of the West Bank as a “very dangerous escalation,” adding to a chorus of international condemnations and injecting the issue of Palestinian statehood into an election campaign that had all but ignored it.

The strongly worded statement from the Saudi royal court, which runs the affairs of King Salman and Crown Prince Mohammed bin Salman, marked a significant rebuke from a regional power that had grown closer to Israel in recent years over its shared concerns about Iran’s growing belligerency.

Netanyahu said Tuesday he’d extend Israeli sovereignty over the Jordan Valley if he is re-elected in the vote next week and would move to annex Jewish settlements. Critics said this could inflame the Middle East and eliminate any remaining Palestinian hope of establishing a separate state.

Netanyahu has made similar pledges to annex West Bank settlements before and hasn’t followed through. The move was widely viewed in Israel as Netanyahu’s latest campaign stunt to try and draw in more right-wing voters. It appeared unlikely to spark a major reaction in the Arab world, where championing the Palestinian cause has waned in favor of more pressing regional concerns.

But Jordan and the United Nations immediately rejected the proposal and Saudi Arabia made it clear that “there is no peace without the return of the occupied Palestinian territories” as it called for an emergency meeting of Arab foreign ministers.

“The Arab and Islamic worlds’ preoccupation with many local and regional crises will not affect the status of the Palestinian cause,” the royal court said in a statement. “Israel’s attempts to impose a fait accompli policy will not obliterate the inalienable and protected rights of the Palestinian people.”

Turkey’s Foreign Ministry joined in denouncing Netanyahu, calling his statement “a new manifestation of Israel’s decades-long occupation and unlawful practices.” Ankara called on the international community “not to remain silent.”

The six-nation Gulf Cooperation Council likewise condemned Netanyahu’s announcement. Some members of the GCC, which includes Bahrain, Kuwait, Oman, Qatar, Saudi Arabia and the United Arab Emirates, had been edging closer to forming open ties with Israel in recent years — something Netanyahu himself had touted as one of his major diplomatic achievements.

Netanyahu said it was important to act now as President Donald Trump prepares to unveil his Mideast peace plan after the Sept. 17 elections in Israel.

The Jordan Valley is relatively sparsely populated and seen by Israel as a key strategic asset since it provides a buffer zone against potential attacks from the east. Even moderate Israelis believe Israel should retain some element of control in the area under a peace deal.

Netanyahu did not detail what would happen to the Palestinian residents of the Jordan Valley if he went forward with his plan.