WORLD School shootings in US rise to highest number in 20 years: report

School shootings in US rise to highest number in 20 years: report 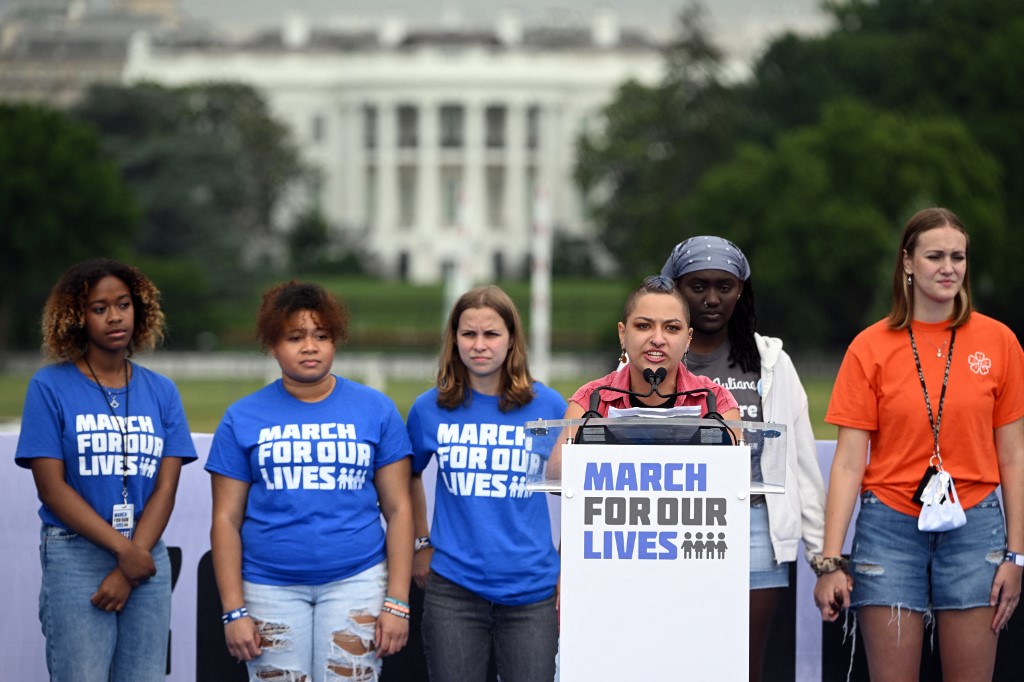 Parkland, Florida, school shooting survivor and activist X Gonzalez speaks to gun control advocates during the "March for Our Lives" rally on across from the White House in Washington, DC, June 11, 2022. (Photo: AFP)

In addition, there were 53 reported school shootings with no casualties during the school year.

There were only 23 school shootings with casualties during the 2000-01 school year.

"Although the rate of nonfatal violent victimization at school for 12- to 18-year-olds was lower in 2019 than in 2009, there were more school shootings with casualties in 2021 than in any other year since data collection began in the early 2000's, increasing from 11 in 2009 to 93 in 2021," said NCES Commissioner Peggy G. Carr in a news release.

"While the lasting impact of these crime and safety issues cannot be measured in statistics alone, these data are valuable to the efforts of our policymakers, school officials, and community members to identify and implement preventive and responsive measures," she added.

The latest report comes weeks after the mass school shooting at the Robb Elementary School in Uvalde, Texas, which left 19 children and two adults dead on May 24. The school shooting was just one of the recent high-profile shootings in the country. More than 21,500 people have died due to gun violence across the United States so far this year, according to the latest data from Gun Violence Archive, a non-profit organization that tracks gun-related violence in the country.