WORLD School shootings in US sets 20-year records in 2018: report

School shootings in US sets 20-year records in 2018: report 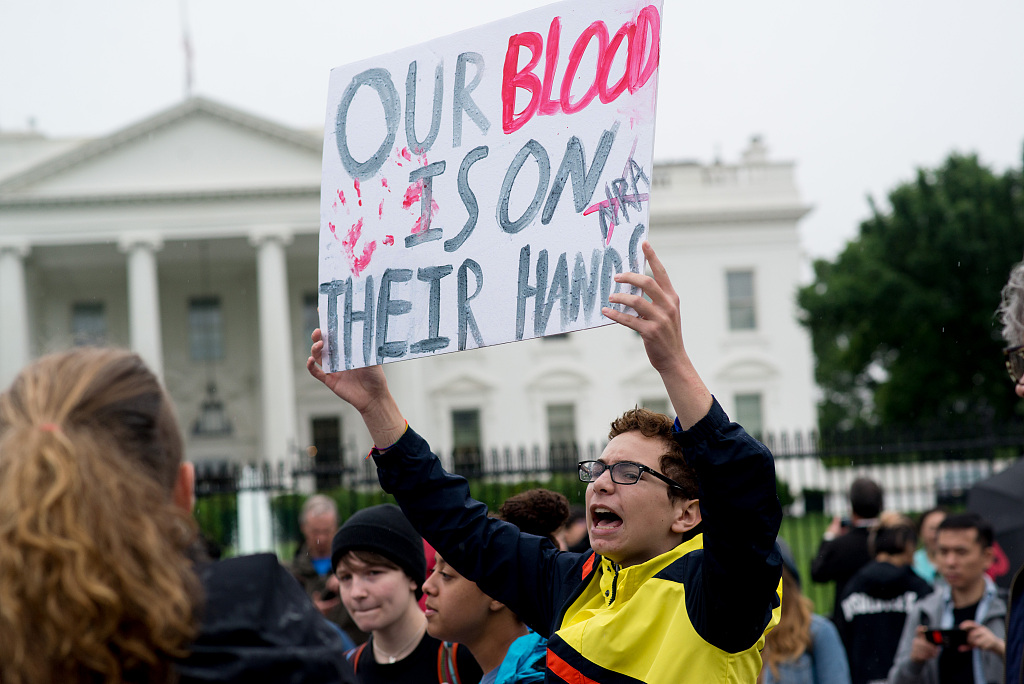 Local high school students stage a "lie-in" in front of the White House to honor the victims of the Santa Fe High School shooting in Texas, May 15, 2018. (File photo: VCG)

Gun violence on campuses across the Unites States in 2018 reached records unseen in the past 20 years in terms of both the number of incidents and the degree of devastation, according to a report Thursday by the Washington Post.

The report said more than 4 million children in the last school year experienced school lockdowns caused by various threats, at least 61 percent of which were related to firearms. Many of the students, it added, were left traumatized.

The Post launched a database in April tracking incidents of gun violence on campuses since 1999. It found that so far in 2018, there have been 25 cases of school shooting nationwide; a total of 25,332 students were exposed to such carnage; 94 students were shot, among whom 33 were killed and 61 were injured.

The 2018 figures in all the above statistics categories have set new records in almost two decades. US campuses, as a result, witnessed the most serious devastation brought by gun violence.

School systems in every US state and the District of Columbia - irrespective of demographics or affluence, location or security - had several lockdowns in the last school year, which ran from the autumn of 2017 to the summer of 2018.

Buildings that were cordoned off contained varying numbers of students, ranging from as few as four to as many as 5,000, according to the report.

"In fact, on every schoolday between Labor Day in September 2017 and Memorial Day in May 2018, a campus in this country went into lockdown because of a shooting or the perceived danger of one," it said.

On Feb. 23, 2018 alone, 33 incidents were reported on campuses all around the country, triggering 67 lockdowns and affecting 50,427 students, a chart in the report illustrated.

Children affected by lockdowns during the last school year covered all age groups, the report said. More than 1 million elementary-age kids were witnesses of an incident, of whom at least 220,000 are kindergarteners or younger ones, meaning they are mostly under 7 years of age.

Experts of childhood trauma said they believe "a meaningful percentage of" the affected kids will sustain long-term consequences, including worsening academic and social progression, depression, anxiety, poor sleep, post-traumatic symptomatology and substance abuse, according to the report.

Regardless of how small an imminent threat is, it could be very challenging for school administrators in that they have to respond to the situation in a matter of seconds, the Post said.