WORLD Schools back to remote classes as coronavirus cases surge

Schools back to remote classes as coronavirus cases surge 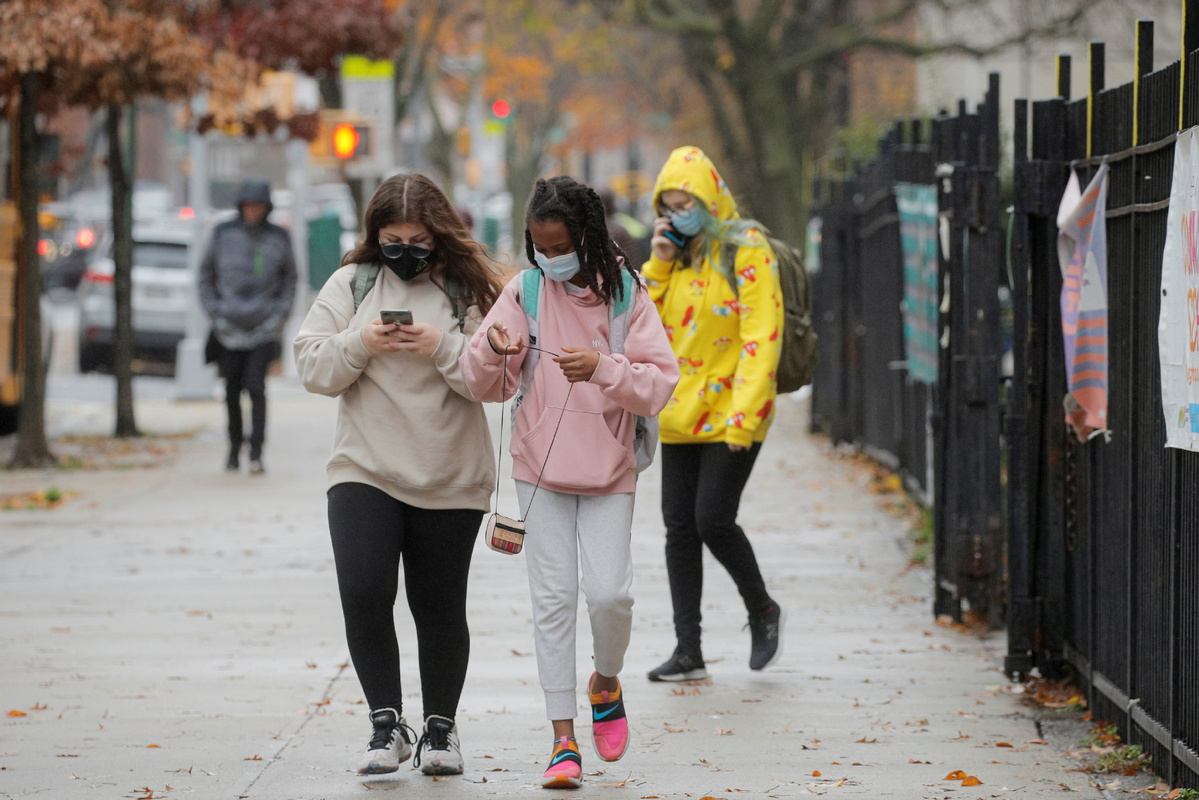 The COVID-19 pandemic hitting every state in the United States is forcing schools in big cities to stop in-person classes and revert to remote learning.

Boston, Indianapolis and Philadelphia have put in-person classes on hold until later in the school year. In New York state it is wait-and-see for the largest public-school system in the country.

With coronavirus cases surging, some experts are calling for widespread school closures, or considering about them, while other school districts and state officials are pushing back for continuing in-person instruction, pointing to the number of confirmed COVID-19 cases reported in schools as being relatively low.

New York Governor Andrew Cuomo on Saturday cautioned against making too quick a decision to close schools, saying shutting them has "ancillary consequences that people don't often think of".

Closing the schools makes it much harder for parents to go to work, creates issues with underprivileged children who depend on meals served at the schools and makes it more likely children will spend more time on the street in areas with high virus rates, Cuomo said.

He also said parents and teachers should be part of the decision-making process.

The city of New York should consider a school's COVID-19 rate when deciding whether to close it to in-person learning, he said.

On Saturday the city reported a rate of 2.47 percent, and as a result officials say schools remain open.

"We expect the daily test positivity to backfill and increase as more test results are entered into the system, but do not expect that increase to push today's seven-day average to 3 percent," they said.

On Saturday Los Angeles county, the most populous county in the United States, reported a record single-day increase in confirmed cases since the summer surge, Xinhua reported. Public and private schools could once again be forced to shut down completely for in-person instruction if the rises continue to worsen, health officials warned school leaders.

New cases in Pennsylvania have been averaging about 4,000 cases a day, setting record rates for infections.

Philadelphia's school district has abandoned plans to bring back staff and students to the classroom this month. Rich Askey, president of the Pennsylvania State Education Association, said: "We must follow these guidelines to the letter. It's the best way for us to slow the spread of this virus and keep our students, staff and their families safe."