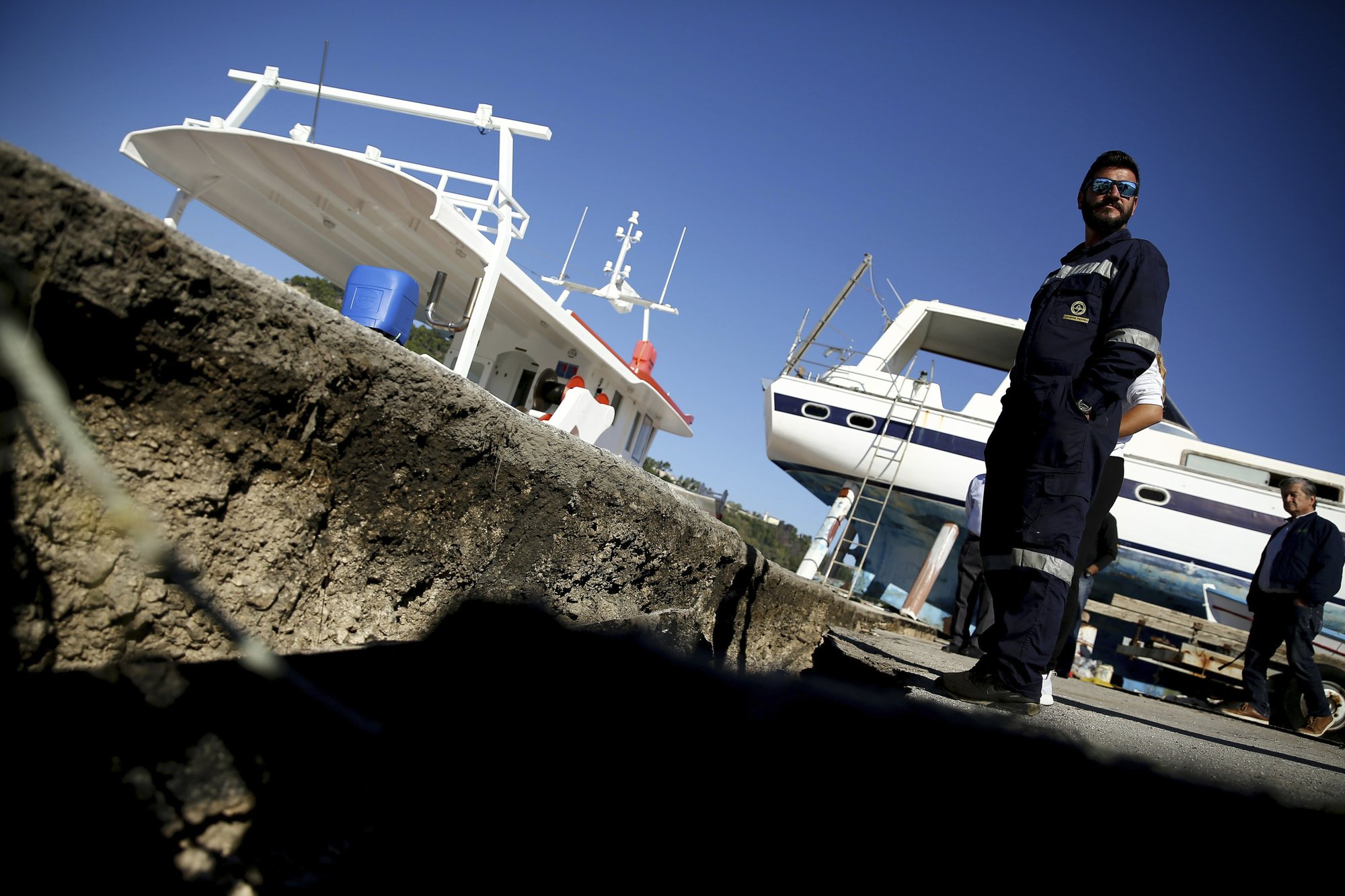 A worker stands over the cracked and warped sidewalk after an earthquake at the main harbor of Zakynthos island, western Greece, on Friday, Oct. 26. 2018. (Photo: AP)

Schools were closed and officials surveyed damage on the Greek island of Zakynthos Friday after a powerful earthquake that was felt as far as Libya jolted western Greece.

The magnitude-6.5 undersea quake overnight forced many island residents to spend the night in their cars and triggered a tsunami warning that ended several hours later. No serious damage or injuries were reported, although the main harbor for the island of Zakynthos in the Ionian Sea was damaged, and the sidewalk near moored boats cracked and warped.

More than 35 aftershocks were recorded by 8 a.m. local time (0500 GMT), about six hours after the quake occurred, the country’s civil protection agency said. Of those, 10 were of a magnitude greater than 4.0, and one was of magnitude 5.1.

“It was a powerful and shallow earthquake that was felt throughout western Greece, up to Athens, the Western Balkans, even in Italy and Libya,” said seismologist Gerasimos Papadopoulos of the Geodynamic Institute in Athens.

Power was lost in the island capital and main town, also called Zakynthos, for several hours and outages were also reported elsewhere.

“We’re checking out the villages on the island, where there are several older buildings,” civil protection agency press spokesman Spyros Georgiou told The Associated Press. “The lack of electricity is a problem, but technicians are trying to restore power.”

The fire service said rockfalls were reported in another part of the island, and part of a church wall collapsed on the mainland town of Pyrgos, in the southern Peloponnese area. Two people were treated for minor injuries.

Zakynthos mayor Pavlos Kolokotsas told local media that damage had been reported in some houses, where plaster had cracked and fallen off of walls. He said engineers were checking all reports.

The quake rattled the whole of western Greece and was strongly felt in the capital, 280 kilometers to the northeast of Zakynthos.

The US Geological Survey said the undersea quake was magnitude 6.8 and its epicenter was 33 kilometers southwest of Mouzaki in the southern part of the island. It had a depth of 14 kilometers and struck just before 2 a.m. local time (2300 GMT Thursday).

Greece’s main earthquake monitoring center, the Geodynamic Institute, measured the magnitude at 6.5, and said it had a depth of 5 kilometers. Measurements of quake strength can vary due to the equipment each institution uses and other factors.

The village of Mouzaki is near the popular tourist resort of Laganas.

Greece lies in one of the world’s most earthquake-prone regions, with thousands of quakes recorded every year. But few cause injuries or significant damage. In 1999, a magnitude 5.9 quake on the outskirts of Athens killed 143 people.

Zakynthos has had severe earthquakes in the past, and as a result has a strict building safety code.