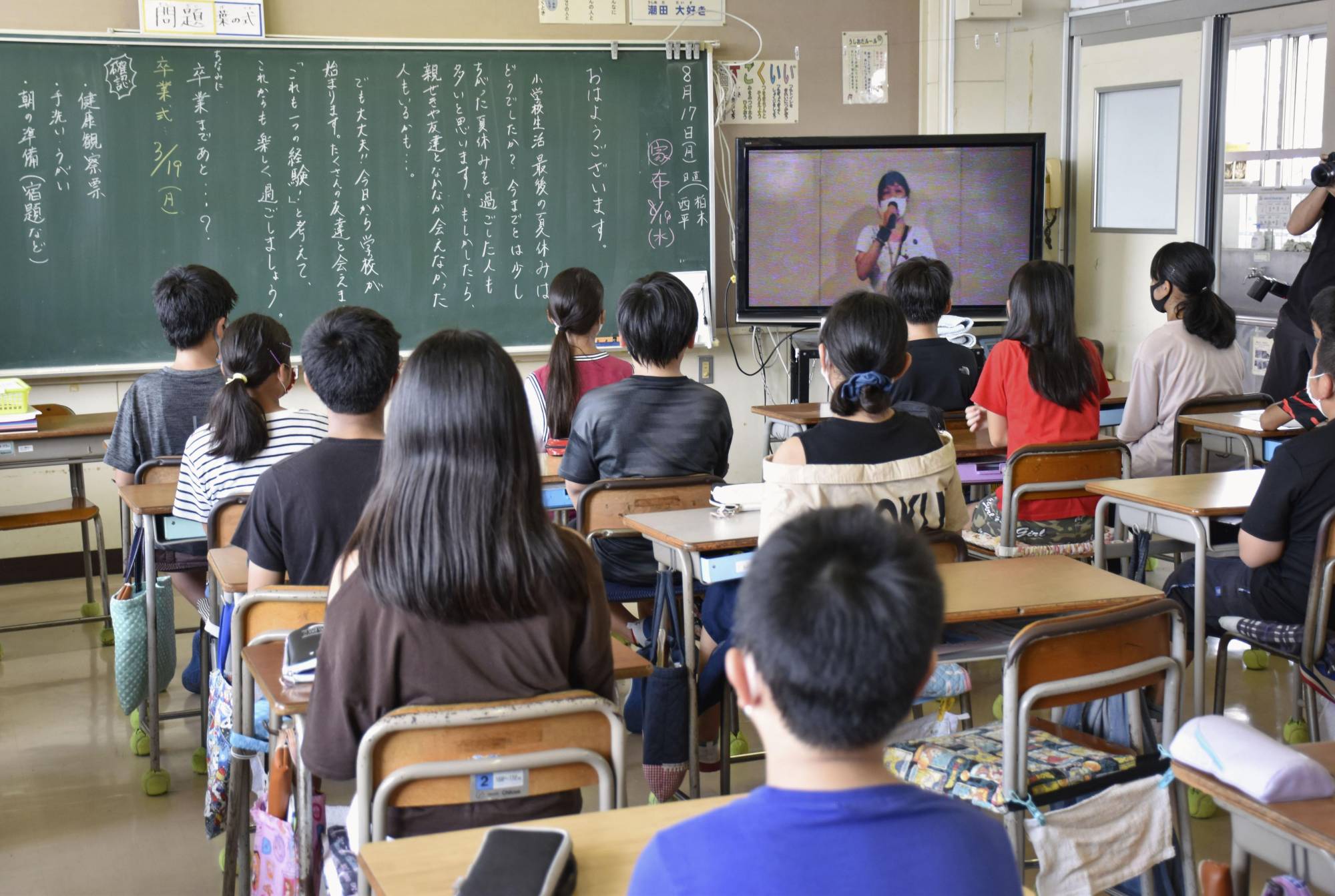 Schools across Japan are taking measures against increasing student suicides that have occurred during the COVID-19 pandemic, holding sessions on mental health and helping students report their moods by using technology, according to local media reports.

Japan reported a record number of 499 student suicides last year amid the pandemic, as many were believed to have felt lonely during months-long school closures to prevent the virus spread. The figure for the first half of 2021 was higher than the previous year, government data showed.

At an educational session on mental health organized by a junior high school in western Japan's Wakayama Prefecture in March, a school counselor explained to around 140 students how to recognize signs revealing possible mental health problems.

Counselor Eriko Fujita, aged 54, who is also a certified psychologist, suggested second graders to watch out for changes in their habits, such as eating more desserts and spending more time on pets than usual.

"You can learn about your mental condition by noticing changes in your physical health and behavior," Fujita told local media.

A high school girl, who was invited to take part in the session to share her experiences, said she had asked for help from local authorities when she felt her mental health was deteriorating. She found it was not embarrassing to send out an SOS signal.

Since the session was opened, more students at the school, which is affiliated with Wakayama University's Faculty of Education, have consulted teachers about their mental conditions.

"Awareness that it is important to seek help has spread," Fujita told local media.

Education board of Osaka city in April introduced a software application named "weather of the heart" to monitor the students' mental health. The app is installed onto tablet computers used by all children at elementary and junior high schools operated by the western Japan city.

In the morning assembly, students can pick one option from "sunny," "cloudy," "rain" and "thunder" to show the way they feel that day. The results are automatically sent to their teachers' devices, noticing them about changes in the mood of the students who chose a different option from before.

It could be helpful for young teachers with less teaching experience, a member of the education board said.

The data showed that by month, the highest number of student suicide cases in 2020 was reported in August at 65, followed by 55 in September. The figures register students who feel most under pressure psychologically when they go back to school after a long summer vacation.

Tetsuro Noda, a professor at Hyogo University of Teacher Education, told local media that schools are required to prepare a system to carefully respond to SOS calls from the students, and it is also important to facilitate an environment for the students to easily reach out for help.

"The government needs to expand assistance at schools by increasing the number of teachers or counselors," Noda added.