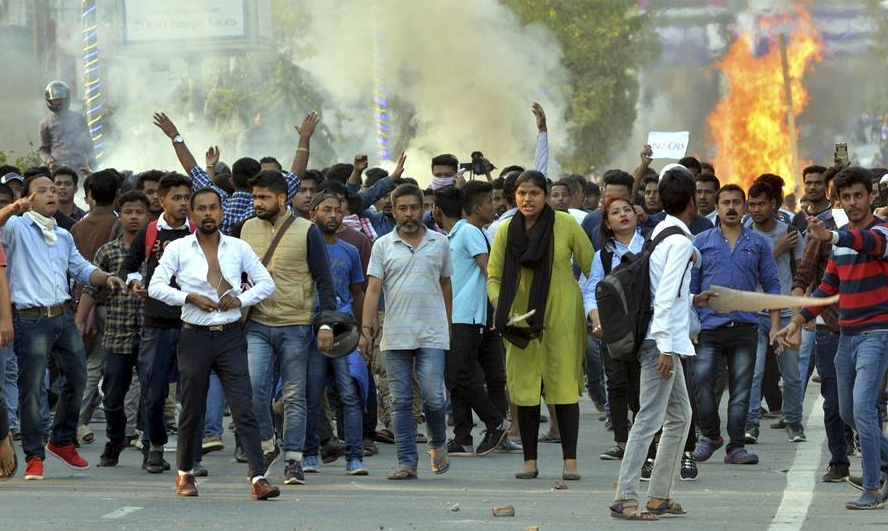 NEW DELHI, Dec. 15 (Xinhua) -- Schools and Delhi Metro services have been shut in various parts of southeast Delhi in the wake of Sunday evening's intense violence.

Violent mobs had set ablaze various buses belonging to the Delhi Transport Corporation (DTC) on Sunday evening even as thousands of people indulged in scuffles with the Delhi Police personnel after a protest suddenly turned violent.

Delhi's Deputy Chief Minister Manish Sisodia said in a tweet that in the wake of present circumstances the Delhi Government has decided to shut the schools in areas like Okhla, New Friends Colony, Madanpur Khadar of the southeast district of Delhi on Monday.