SANTIAGO, Feb. 19 (Xinhua) -- Cooperation between China and Chile in the scientific and academic domain has facilitated Chile's mass vaccination against the COVID-19 pandemic, a Chilean immunologist has said. 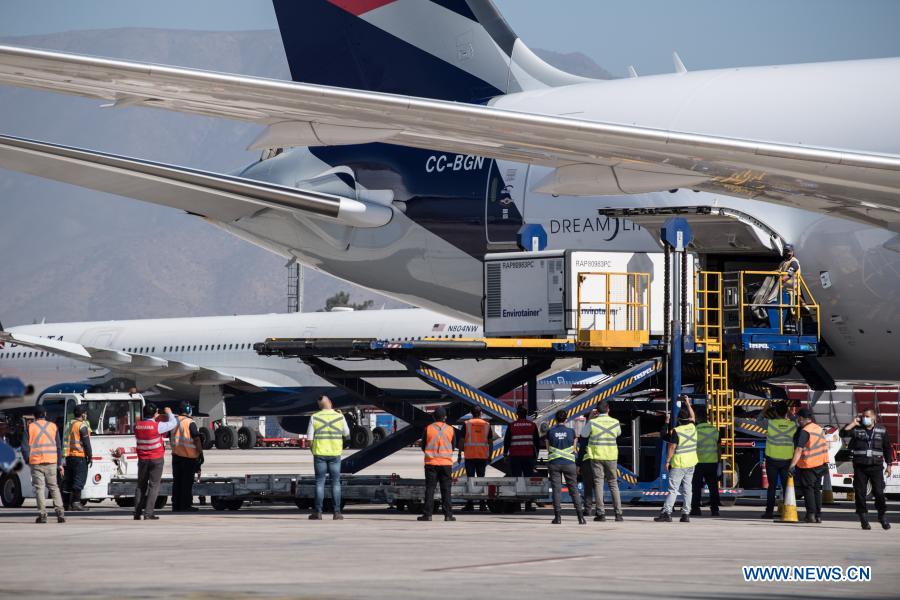 In a recent interview with Xinhua, Dr. Alexis Kalergis, director of Chile's Millennium Institute of Immunology and Immunotherapy, recalled how his institute and Chinese firm Sinovac Biotech forged a partnership and cooperated on the Phase III clinical trials in Chile for Sinovac's CoronaVac vaccine.

According to Kalergis, who is also an academic from the Catholic University of Chile, he and his colleagues met and established a partnership with researchers of the Chinese pharmaceutical firm during an international immunology conference in October 2019.

That led to the university signing an academic-scientific agreement with Sinovac in June (of 2020), which was followed by a second agreement to conduct a Phase III clinical trial in Chile," Kalergis said.

Officials of the Public Health Institute of Chile visited Sinovac's laboratories, and had a "very positive" experience and made "very favorable" reports, Kalergis said. On Jan. 20, the institute authorized the emergency use of CoronaVac in Chile.

The Chilean government began its mass vaccination campaign on Feb. 3, inoculating more than 2.5 million people in two weeks with the Chinese-made vaccine.

"It has a very good safety profile, demonstrated by the preclinical trials conducted in China, Phase I and Phase II," he said.

The Phase III trials have been yielding immunogenicity results, he said. "After the second dose, the vaccine generates a high percentage of seroconversion."

In addition, the vaccine can be stored in a normal refrigerator between 2 to 8 degrees Celsius, which facilitates transportation and distribution, said the Ph.D. in Microbiology and Immunology.

In the eyes of Kalergis, the scientific cooperation between China and Chile is characterized not by profit or trade targets, but by a desire to better understand a disease and jointly develop solutions based on science.