WORLD Scientists declare climate emergency as US quits Paris accord

Scientists declare climate emergency as US quits Paris accord 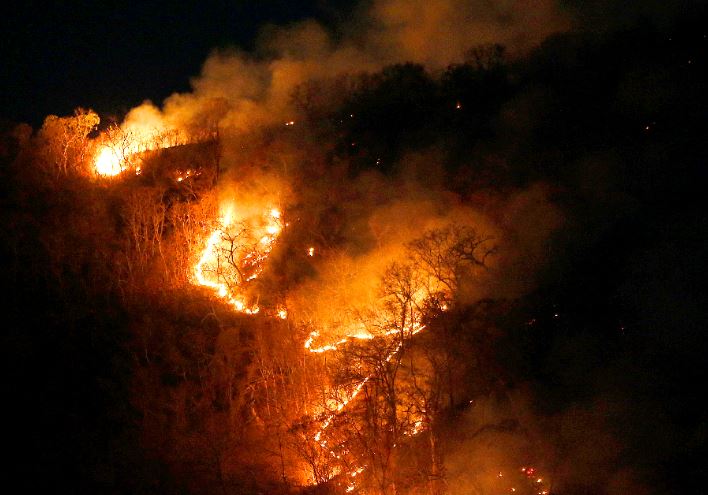 WASHINGTON, Nov. 5 (Xinhua) -- A global team of over 11,000 scientists from more than 150 countries have declared a climate emergency and warned the catastrophic threat if humanity failed to address the climate crisis.

The rallying cry came after the United States formally began the process of withdrawing from the Paris Agreement on Monday, making it the only nation among nearly 200 signatories that abandoned this global agenda on combating climate change.

In a paper published on Tuesday in BioScience, a journal of the American Institute of Biological Sciences, the massive alliance of scientists warned that "untold human suffering" is unavoidable without deep and lasting shifts in human activities that contribute to greenhouse gas emissions and other factors related to climate change.

"Climate change has arrived and is accelerating faster than many scientists expected," said the paper's co-author William Ripple with Oregon State University.

The scientists provided a set of mitigating actions in areas of energy, short-lived pollutants, nature, food, economy and population.

They suggested replacing fossil fuels with low-carbon renewables and eliminating subsidies to fossil fuel companies. Emissions of methane, soot and other short-lived climate pollutants should be swiftly cut.

Also, they urged to convert the economy to one that is carbon free to address human dependence on the biosphere and to stabilize a global human population that is increasing by more than 200,000 people a day.

Contrary to scientists' proposals, the Trump administration rolled back environmental rules made in the Obama era to prop up the coal industry by allowing it to emit more greenhouse gases into the air.

In August, the US Environmental Protection Agency (EPA) proposed to abandon federal regulations that require the oil and gas industry to install technology that monitors and curbs methane leaks in wells, pipelines and other operational facilities.

The EPA finalized a rule in June to overturn the Obama-era attempt to restrict emissions from coal plants by relying more on cleaner fuels.

Trump once called climate change a "hoax" and his administration considered efforts to fight global warming just to "be a waste of your money," a position met with widespread criticism both at home and abroad.

July this year was the hottest month on Earth in the 140-year record. It was "almost entirely due to climate change" without a strong El Nino being present, according to the US National Oceanic and Atmospheric Administration (NOAA).

A study published on Monday in the Proceedings of the National Academy of Sciences showed that sea levels will continue to rise around the world long after current carbon emissions pledges made through the Paris climate agreement are met and global temperatures stabilize.

The researchers from Oregon State University found that emissions released during the initial 15-year period of the agreement would cause sea levels to rise by about 20 centimeters by the year 2300.