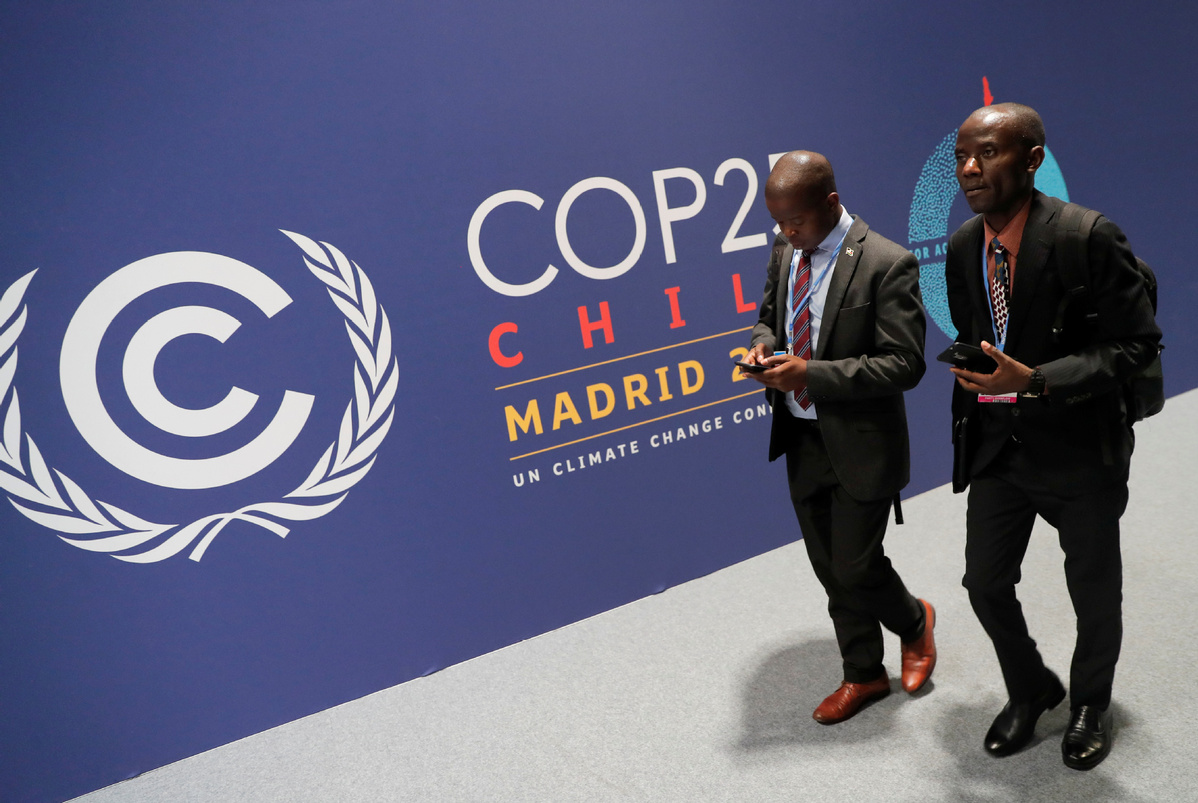 Scientists have called on world leaders to take urgent action against climate change as ministers of nearly 200 governments arrived in Madrid on Tuesday for the final days of the United Nations Climate Change Conference, or COP25.

Sivan Kartha, a senior scientist at the Stockholm Environment Institute, described a doomsday-type scenario which would see temperatures rise by 5 C if the world does nothing but continues to release greenhouse gases.

He said when the world was in the depth of the ice age and ice sheets kilometers thick covered large parts of its surface, where large cities and long coastlines are located today, the planet was only about 5 C colder than it is now.

"The temperature only warmed by 5 C to come out of that frigid state to melt those several kilometers-thick ice sheets, to rearrange ecosystems across continents, to drive some species extinct and to allow others to emerge," he said. "It in fact transformed the surface of the Earth, to warm just 5 C."

No one knows what will happen if the temperature rises another 5 C, he said, going on to compare the lack of action to "looking at an existential risk to humankind and deciding to take a gamble... that's madness. And we can't let that happen", he said during Tuesday morning's talk moderated by climate activists Greta Thunberg and Luisa Neubauer.

William Moomaw, a professor emeritus of international environmental policy at the Fletcher School of Tufts University in Boston, praised the two young activists for calling out the climate emergency, in contrast to the previous words of crisis and disaster.

"Let's be clear. We are no longer talking about climate change. The climate has changed," he said.

Moomaw was one of the authors of a report signed last month by 11,000 scientists from 153 countries. It stated for the first time that the planet "clearly and unequivocally faces a climate emergency".

He lamented that the oceans, wetlands and grasslands have been helping absorb carbon emissions.

But "we are in the process of destroying them. Let's stop playing the blame game. Let's just get on to solve the problem", he said.

Ko Barrett, vice-chair of the Intergovernmental Panel on Climate Change, said: "Pretty much everywhere we look, we see the human cause of climate change, even and especially in the most remote corners of the planet. Think about that, the evidence of climate change is that far reaching."

Rachel Cleetus, a climate and energy policy director at the Union of Concerned Scientists, said the effect is already profound and cited the increasing prevalence of disasters around the world caused by climate change.

"We are the cause of the problem, so we must take the responsibility to solve that," she said.