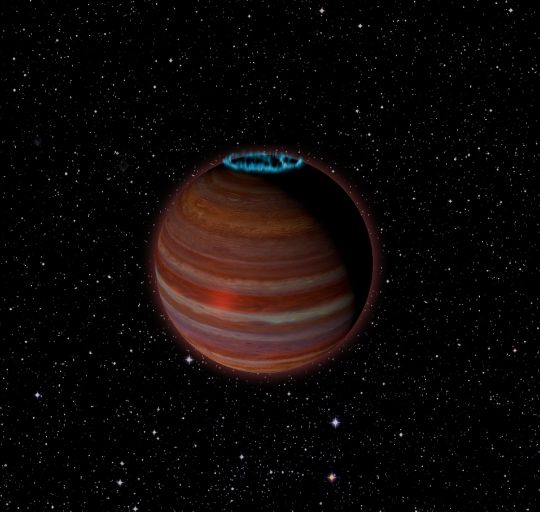 Scientists have made the first radio-telescope detection of a huge free-floating planet beyond our solar system, a new study said.

The planetary-mass object, called SIMP J01365663+0933473, is about a dozen times more massive than Jupiter, the largest planet in our solar system, and has surprisingly strong magnetic fields, according to the study published in The Astrophysical Journal earlier this week.

Wandering some 20 light years away from the sun, the 200-million-year-old planet has been dubbed "rogue planet" as it is traveling through space without orbiting any parent star.

"This object is right at the boundary between a planet and a brown dwarf, or 'failed star,' and is giving us some surprises that can potentially help us understand magnetic processes on both stars and planets," Melodie Kao, leader of the study and Hubble postdoctoral fellow at Arizona State University, said in a press release.

According to the study, the huge planet possesses a powerful magnetic field over 200 times stronger than that of Jupiter and can generate dazzling auroras outshining Earth's polar lights.

On Earth, auroras are generated by interactions between its magnetic field and solar winds. But the fact that the rogue planet is not in the vicinity of any stellar winds makes its auroras something of a puzzle.

"This particular object is exciting because studying its magnetic dynamo mechanisms can give us new insights on how the same type of mechanisms can operate in extrasolar planets - planets beyond our Solar System," Kao said.