WASHINGTON, Sept. 20 (Xinhua) -- A study published on Thursday in the journal Science revealed the earliest confirmed animal in the geological record that lived 558 million years ago. 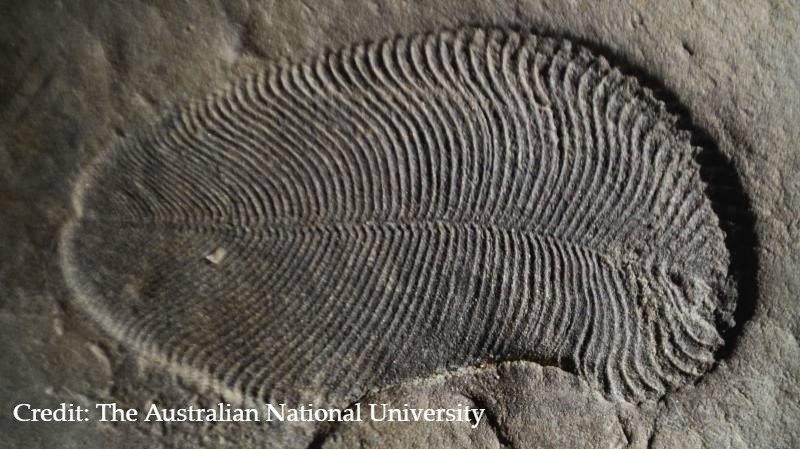 Scientists have discovered molecules of fat in an ancient fossil of an oval shaped creature called Dickinsonia, growing up to 1.4 meters in length.

The animal with rib-like segments running along its body was part of the Ediacara Biota that lived on Earth 20 million years prior to the "Cambrian explosion" of modern animal life.

The team led by Australian National University scientists discovered the fossil so well preserved in a remote area near the White Sea in the northwest of Russia that the tissue still contained molecules of cholesterol, a type of fat that is the hallmark of animal life.

"These fossils were located in the middle of cliffs of the White Sea that are 60 to 100 meters high. I had to hang over the edge of a cliff on ropes and dig out huge blocks of sandstone, throw them down, wash the sandstone and repeat this process until I found the fossils I was after," said Ilya Bobrovskiy, an Australian researcher who discovered the fossil.

The fossil fat confirmed Dickinsonia as the oldest known animal fossil, solving a decades-old mystery, according to the researchers.

Dickinsonia fossils hold the key between the old world dominated by bacteria and the world of large animals that emerged 540 million years ago during the "Cambrian explosion."

"Cambrian explosion" was when complex animals and other macroscopic organisms, such as molluscs, worms, arthropods and sponges, began to dominate the fossil record.

Paleontologists normally study the structure of fossils, but the researchers in this study extracted and analyzed molecules from inside the fossil.

Brocks said being able to study molecules from these ancient organisms was a game-changer.

The Australian scientists collaborated with scientists from the Russian Academy of Science and the Max Planck Institute for Biogeochemistry and the University of Bremen in Germany.